Hannover Re to step away from coal investment

Hannover Re’s pledge to divest from companies dependant on coal for more than 25% of its revenue means close to half of the world’s reinsurers have made commitments to step away from the energy source, according to the Unfriend Coal campaign. 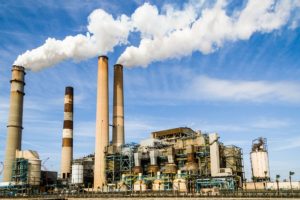 Hannover Re’s exclusion policy will not apply to coal power plants, with the company arguing it is “not our place, as a private company, to act contrary to the decisions of sovereign nations.”

Companies that have divested some or all of their assets from coal now include Swiss Re, Munich Re, Hannover Re, SCOR, Lloyd’s, Generali and the Markel Corporation.

It’s understood that seventeen re/insurers have now adopted divestment policies for assets of more than $6 trillion and have withdrawn an estimated $30 billion from the coal sector.

Allianz, AXA, SCOR and Zurich have all decided to limit or stop underwriting coal projects, with an announcement expected from Swiss Re by mid-2018.

Regine Richter, finance campaigner at German-based environmental NGO, Urgewald, said, “Hannover Re’s divestment from coal is a welcome first step. The company’s 25% threshold for defining coal companies is stricter than the definition of its peers, even though it misses out additional exclusion criteria such as the development of new coal projects.”

“It is, however, disappointing that Hannover Re is still hiding behind others when it comes to insuring coal projects, rather than taking responsibility for the climate impacts of its own underwriting decisions.”

Coordinator of the Unfriend Coal campaign, Peter Bosshard, added, “With close to half the global reinsurance market divesting from coal, the world’s ultimate underwriters of risk clearly see no future for a fuel which is the biggest single source of carbon emissions. This sends a strong message to the governments, investors and financiers that decide on the future of the global energy sector.”

Hannover Re informed the Unfriend Coal campaign that it would “welcome a shift in the energy mix towards alternative energy sources” but would continue to reinsure “the generation of energy from fossil energy resources.”