Third party reinsurance will cover 100% losses in excess of $16 million up to $593 million for the first event and up to $566 million for the second event, with the remaining coverage provided by the Florida Hurricane Catastrophe Fund (FHCF).

According to catastrophe models approved by the Florida Office of Insurance Regulation, the first event protection is sufficient to cover HCI’s probable maximum loss resulting from a 1 in 282-year storm. 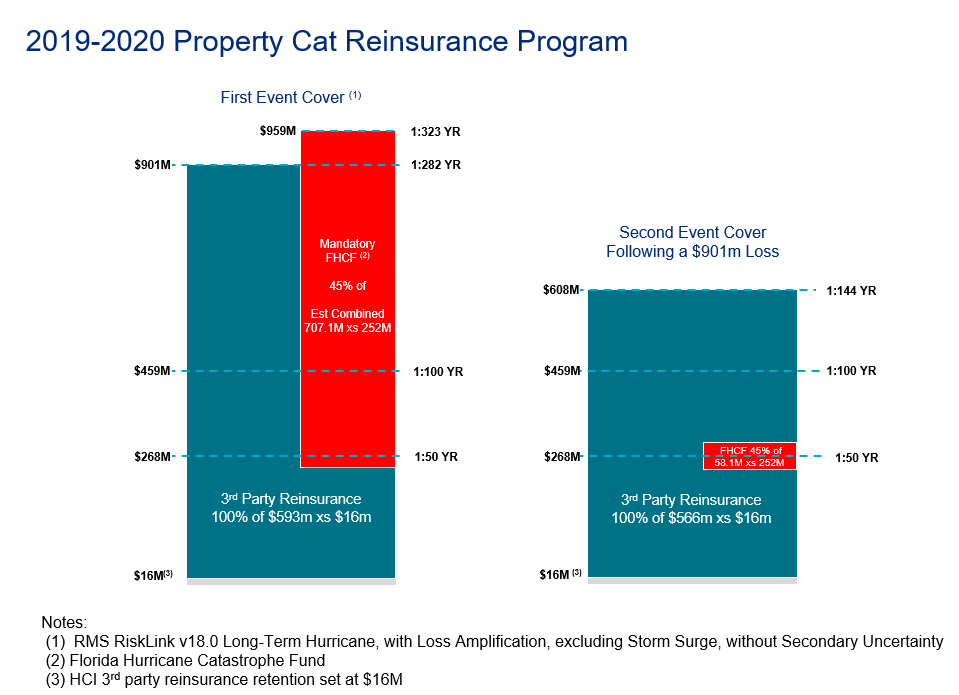 This means that HCI’s total reinsurance limit for all event occurrences is slightly down on the $1.605 billion it secured previously.

Net reinsurance premiums  for the 2019-20 program are expected to be $112 million, assuming no losses occur during the contract year, although projected growth from HCI’s subsidiary TypTap Insurance Company could increase premiums at the exposure true up on September 30, 2019.

“In addition, we purchased a similar tower structure, maintained our 45% FHCF election, and reduced our absolute spend compared with last year’s program while keeping our first and second event retentions unchanged.”

Aspen Re, the reinsurance arm of Aspen Insurance Holdings Limited, has announced the appointment of Meredith Head from Tokio Millennium...