Helios Underwriting plc has announced that it has increased the Weighted Average Prices of the syndicates comprising the Helios Capacity Fund by 28%. 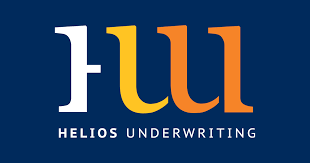 Helios explained that the increase was calculated by applying the Latest Average Prices to the capacity portfolio of £41 million as at 1 January 2018.

Last year, Helios announced that it had increased its capacity for 2018 by 26% to £41 million, improving the quality of its portfolio in anticipation of expected price increases at the January 1 renewals.

The company said that the value of the syndicate capacity has recovered from lows in 2017 following the significant catastrophe losses last year.

Premium rates have increased over 2018 and Helios expects them to continue to rise over the remainder of the year and into 2019, thereby improving the prospects for profitable underwriting.

Helios trades within the Lloyd’s insurance market and expects to write approximately £43 million of capacity for the 2018 account, with a portfolio concentrated in property insurance and reinsurance.

Swiss Re Corporate Solutions, the commercial insurance arm of the Swiss Re Group, has appointed Simon Tardif as Head Aviation...