IAG adds George Savvides to Board as Independent Non-Exec Director

Australian primary insurer Insurance Australia Group Limited (IAG) has announced the appointment of George Savvides as an Independent Non-Executive Director of its Board. 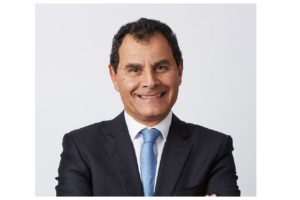 He joins with extensive executive experience, serving as Chief Executive Officer of Medibank for 14 years and Sigma Company (now Sigma Healthcare) for six.

He completed his executive career in 2016 and is now Non-Executive Chairman of Next Science; Deputy Chairman of the Special Broadcasting Service Corporation (SBS); and a Non-Executive Director of New Zealand-listed entity, Ryman Healthcare.

Savvides is a former Non-Executive Director of Kings Transport; Non-Executive Chairman of Macquarie University Hospital; and he served for 18 years on the Board of World Vision Australia, including six years as Chairman until his 2018 retirement.

Athene Holding Ltd., one of Bermuda's leading retirement services companies, has announced that company co-founder Frank ‘Chip’ Gillis is to...