Insurance Europe calls for drone standardisation across the continent

Insurance Europe, the European insurance and reinsurance federation, has detailed the kind of drone regulation and standardisation it believes would benefit re/insurers across the continent. 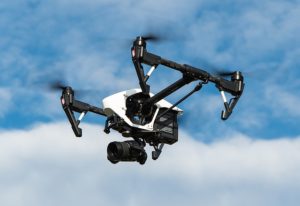 The report follows the European Commission’s (EC) recent public consultation on technical standards for drones as a product and conditions for drone operations.

The results of the consultation are to feed into the forthcoming implementation of rules on drones and drone operations across the EU.

Insurance Europe is convinced drones offer huge potential for innovation in a wide variety of sectors, and will “help to create a range of new jobs and businesses in Europe.”

As for the insurance sector specifically, Insurance Europe says that “Insurers’ interest in drones span from being a user of drones to providing risk cover solutions.”

“In some Member States it is difficult for insurers to provide insurance for drone physical damage or product liability due to reasons ranging from the lack of information on the use of drones (i.e. insufficient statistics or loss records) to the lack of a clear common framework on elements such as registration or licensing, for example.”

In relation to standardisation and licensing for drone operators Insurance Europe states that “The human factor in drone operations is a vital calculation for the insurer,” and back the need to have a basic knowledge of the legal framework and for operators to “demonstrate a base level of competence to operate the drone.”

Additional calls are made to differentiate between drones used for commercial activities and
drones used for private/recreational use, with Insurance Europe claiming, “The risk-profile of the two different activities can vary greatly and the two activities should be treated according to the risk involved.”

The final category explored is differentiation between and clear definitions for drones depending on their size and weight.

Insurance Europe claims this would allow insurers to have a clearer understanding of the market’s effective potential size as well as to play a role of reference for the operators.

REG UK, a RegTech solution that streamlines counterparty compliance checks and accelerates agency processes, has announced the launch of its...