Late August flooding in Canada’s Windsor region has caused more than $124 million in insured damage, according to the Insurance Bureau of Canada (IBC). 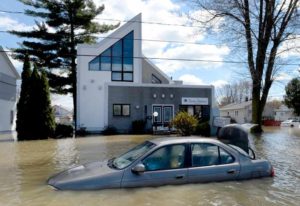 Rains of up to 290 millimetres brought major flooding to Windsor, Tecumseh, and other parts of Essex County.

The Windsor Airport broke a rainfall record, receiving 100 millimetres of rain in a short period of time.

“While the insured damage from these floods is significant, the total cost to homeowners and government is not yet known.”

He added that it’s “critically important” for consumers to know what policies cover and whether they have sewer backup or overland flood protection, which is available across the province from several insurers.