In the first half of the year, natural catastrophes resulted in overall economic losses of approximately $68 billion, of which just over 18%, or $27 billion was covered by re/insurance protection, according to Munich Re. 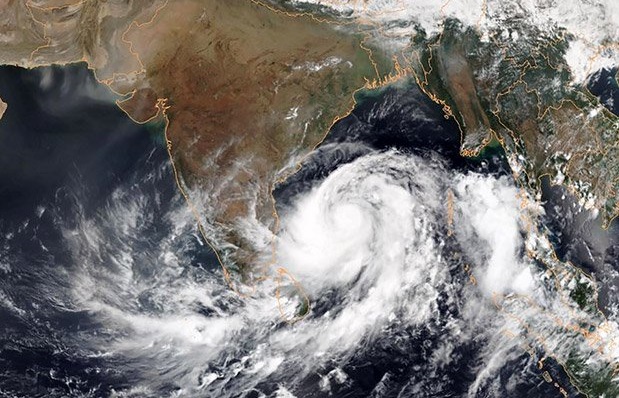 Globally, economic losses of $68 billion in H1 2020 is below the 30-year average of $74 billion while insured losses, at $27 billion, were actually up on the $20 billion average as a result of the large proportion of weather losses in North America, says Munich Re.

In total, the North America region accounted for 47% of economic losses and 82% of insured losses, which is far higher than the respective long-term averages of 35% and 60%. In contrast, says Munich Re, is the fact that nat cat losses in Europe and the Asia-Pacific region produced lower losses in the period.

According to reinsurer Munich Re’s data, a total of 2,900 people lost their lives in natural disasters in H1 2020, which is much lower than the average totals for both the past 30 years and the past 10 years.

“The natural disaster statistics for the first half of 2020 point to two things in particular: One: severe thunderstorms in North America dominate the loss figures; this demonstrates the need to strengthen building resilience to mitigate losses. Two: this is especially relevant because climate change is likely to play a role in increasing the thunderstorm risk in North America in the long term.

“The world finally needs to take vigorous action to reduce greenhouse gas emissions in order to prevent losses and ensure we are not taken unawares by the consequences of climate change, as we were with the current coronavirus pandemic,” said Torsten Jeworrek, Member of the Board of Management, Munich Re.

In the U.S., one of the largest severe thunderstorms of the year occurred over the Easter weekend, with a total of 140 tornadoes in 10 states recorded. Parts of the Southeastern United States were hit by tornadic thunderstorms which produced hailstones the size of tennis balls.

This outbreak included the strongest tornado ever recorded in Mississippi’s history. In total, Munich Re estimates that the severe thunderstorms from this outbreak resulted in overall losses of $3.4 billion, of which $2.6 billion was covered by re/insurance.

Overall, severe thunderstorms in North America accounted for $27 billion of the total economic loss bill, and for $20 billion of insured losses in the first half of 2020.

Ernst Rauch, Chief Climate and Geo Scientist at Munich Re, commented: “While we cannot attribute individual events to climate change, the trend in our data clearly shows that losses from severe thunderstorms, particularly in North America, are on the rise, largely as a result of population and exposure growth in suburban and exurban regions as well as increased property values and poor construction practices.

While the majority of the insured losses occurred in North America, during H1 2020 Asia experienced some of the worst natural catastrophe events. This included Cyclone Amphan in India, which caused economic losses of approximately $11.5 billion, the majority of which is likely to be uninsured, highlighting a significant protection gap (disparity between economic and insured losses post-event).

Elsewhere in the period, heavy monsoon rainfall from June onwards led to severe river flooding of hundreds rivers in numerous parts of the country. In Europe, winter storm Ciara was the costliest nat cat of the period, driving an overall loss of $1.8 billion, of which $1.2 billion was insured.

Munich Re also highlights the record bushfires in Australia that resulted in unprecedented losses. Overall, losses totalled roughly $2 billion, of which around $1.6 billion was insured.

Looking forward, the reinsurer warns of the impact of El Nino conditions and the potential for above-average hurricane activity in the Atlantic.

Additionally, warns Munich Re, La Nina conditions are expected to develop, which can promote the development of tropical cyclones and also dry conditions across parts of the U.S., potentially impacting the wildfire season.

“Of course, here we are only talking about shifts in probabilities with regard to La Niña’s potential impacts this year.

“There is always the chance of a benign wildfire and/or hurricane season. But since background conditions indicate the potential for a more active wildfire season in California and elevated hurricane activity in the Atlantic, it is more important than ever to be well prepared to protect vulnerable populations, especially given the current pandemic situation,” said Mark Bove, Natural Catastrophe Solutions Manager at Munich Re America.

Munich Re’s H1 2020 nat cat report follows Aon’s Global Cat Recap for the same period, in which the broker reported economic losses of $75 billion, of which $30 billion+ was insured.