Independent catastrophe risk modeller PERILS has released its first loss estimate for the insurance industry from the European windstorm Nadia (Malik) currently settling on a figure around €272 million. 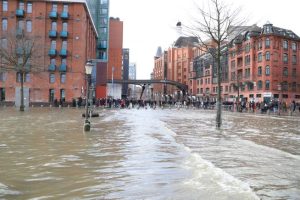 The estimate is based on claims data that was collected from the majority of the affected insurance companies.

PERILS say that most of the losses occurred in Germany, which experienced more than half of the total industry loss.

The storm, which managed to pick up to a wind speed of 238km/h, caused major widespread travel disruption, interruption to power supply and damage to insured property predominantly of a non-structural nature.

However, despite very strong winds, especially in Scotland and the west coasts of Norway and Jutland Denmark, the resulting loss within the industry remains comparatively modest and represents a regular occurrence in the affected countries.

Speculatively, this could be attributed to the fact that the affected regions are regularly exposed to strong winds, meaning that their building stock and infrastructure are more resistant to windy conditions compared to less wind-exposed territories.

PERILS has also confirmed that an updated estimate of the losses from Storm Nadia will be made available on April 30, three months after the event end date.

Nadia was followed by a series of storms which took place in mid-February, which PERILS has announced that they will report on shortly.