MAPFRE will reportedly update its climate policy ‘significantly’ at its latest AGM, according to the pressure group Insure Our Future. 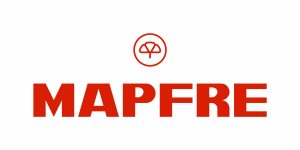 According to Insure Our Future, MAPFRE, “[…] will not insure [or invest in] coal, gas and oil companies that do not commit to an energy transition plan that allows global warming to be maintained at around 1.5C.”

MAPFRE will reportedly also strengthen existing restrictions on insurance for coal, clarify that as at the end of 2021 its portfolio will no longer include extraction or transportation of tar sands, and provide additional detail on its policy of not insuring new oil and gas projects in the Arctic.

Lindsay Keenan, European coordinator at Insure Our Future, said: “We welcome MAPFRE’s new coal, oil, and gas commitments. We note that reports by the IEA and IPCC make clear that any expansion of oil and gas production is not aligned with a 1.5C energy transition plan. The big test for MAPFRE is whether they, and the wider insurance industry, will successfully help to persuade fossil fuel companies, such as PEMEX and Petrobras, to immediately halt oil & gas expansion plans. If not, MAPFRE needs to rule out the renewal of policies with all fossil fuel companies with expansion plans in line with its new policy.”

Insure Our Future says that MAPFRE insures Pemex, Mexico’s state oil company,  which is planning to increase its oil production through the exploitation of new fields.

And, earlier this year Insure Our Future revealed that MAPFRE, along with other insurers including Chubb and Tokio Marine were insuring massive oil exploration plans by Brazil’s national oil company Petrobras. The Global Oil & Gas Exit List (GOGEL) identifies that over 95% of the upstream oil and gas companies listed on its database, including Pemex and Petrobras, are still exploring or preparing to develop new oil and gas reserves.

According to its website, Insure Our Future is a global campaign of NGOs and social movements that hold the insurance industry accountable for its role in the climate crisis. It calls on on insurance companies to immediately stop insuring new fossil fuels and phase out support for existing coal, oil, and gas projects.