Isaias to drive $4bn industry loss in US, $200mn in Caribbean: KCC

Catastrophe risk modeller Karen Clark & Company (KCC) has estimated that Hurricane Isaias will drive an insured loss of $4 billion in the United States and $200 million in the Caribbean. 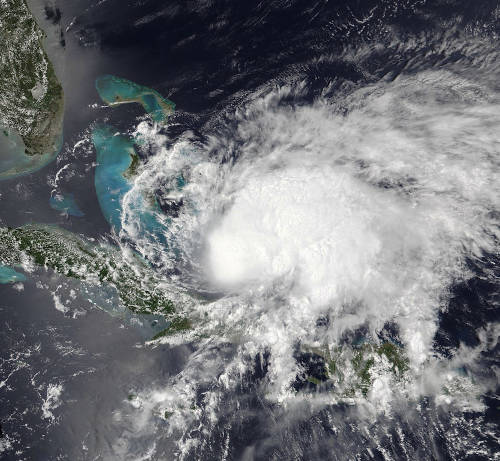 The estimate includes the privately insured wind and storm surge damage to residential, commercial, and industrial properties and automobiles, but does not include NFIP losses.

Isaias brought damaging winds to Puerto Rico, the Dominican Republic, and the Bahamas as it tracked across the Caribbean over July 28th to August 1st.

It later tracked up parallel to the Florida Coast before landfalling in North Carolina on August 3rd as a Category 1 Hurricane with maximum sustained wind speeds of 85mph.

Isaias is the second hurricane, and the fifth storm to have made landfall in the US during the 2020 Atlantic Hurricane season.

In the US, KCC found that tropical storm force wind speeds across the east coast resulted in widespread damage and power outages, with fallen trees causing scattered instances of structural damage and crush vehicles.

Over three million customers along the Atlantic coast were without power following Isaias, and power had not been restored to all households several days after the event.

Low-level wind damage to roof coverings, siding, and window openings of commercial and residential buildings has also been observed, although severe structural damage appears to be isolated to older buildings or those impacted by the tornadoes spawned by Isaias.

Typically, a hurricane will weaken rapidly once inland, but Isaias showed a very slow decay rate and brought high winds to nearly every coastal state from South Carolina to Vermont.

As the storm progressed north, the forward speed increased, and Isaias passed into Canada early in the morning on August 5th.

Across the Caribbean region, both Puerto Rico and the Dominican Republic predominantly experienced downed trees and power lines.

KCC further noted that areas of the Bahamas impacted by Isaias were similar to those that were devastated by Hurricane Dorian last year, and not all repairs needed after Dorian had been completed by the start of this hurricane season.

In the wake of Isaias, roof damage and structural damage from downed trees were observed in commercial and residential buildings.