Jebi sized loss in Japan to hit re/insurers at least once every 20 years, says KCC

Catastrophe risk modeller Karen Clark & Company (KCC) has revealed that according to its new high resolution Japan Typhoon Reference Model, insurers and reinsurers can expect losses of a similar magnitude to Typhoon Jebi at least once every 20 years, on average. 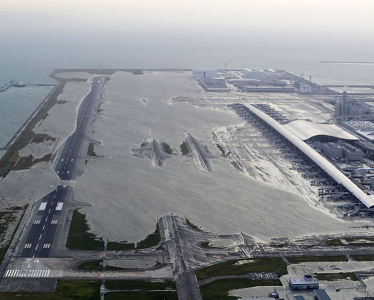 KCC’s model shows that re/insurers can anticipate insured losses from a Japanese typhoon of more than $15 billion with a frequency of at least once every two decades, on average, adding that firms can expect “significantly larger losses” at longer return periods.

Typhoon Jebi struck Japan in September 2018 and has resulted in the highest insured losses from a typhoon in the Asia-Pacific region. Initially, industry losses from the storm were estimated at just $2 billion, but ongoing loss creep has seen the re/insured industry loss increase over the past 12 months to a current estimate of more than $15 billion.

Some industry commentary has suggested that Jebi loss creep could reach as much as $16 billion, while ratings agency S&P said recently that it was likely Jebi will account for more than 15% of reinsurers’ cat budgets.

The analysis from KCC is part of a white paper on the anniversary of Typhoon Jebi that looks at lessons from the very complex, and impactful storm.

According to KCC, a key conclusions from the white paper is that the KCC model shows that insurance and reinsurance firms, and also insurance-linked securities (ILS) players (some of which suffered badly from the Jebi loss creep), can expect to experience insured losses of above $15 billion from a Japanese typhoon with a frequency of at least once every 20 years, on average.

As highlighted by KCC in its white paper, the location of Jebi has played a key role in the loss development and the ultimate loss. While Jebi was not the most intense typhoon to hit Japan, barely a Cat 3 storm at landfall, its track contributed significantly to the damage caused, with the event impacting more than $30 trillion of property values.

As noted by KCC, the insured loss was a result of an accumulation of small to moderate levels of damage to more than one million properties.

“There was nothing particularly unusual about Typhoon Jebi. It was a typical typhoon that happened to track over one of the most densely populated areas of Japan. The peak winds at landfall reached 115 mph and tropical storm force winds impacted a wide area.

More recently, Japan was hit by Typhoon Faxai on September 9th, 2019, which surpassed Typhoon Higos for the strongest sustained wind speed at landfall in the region. The storm has been compared in strength to Jebi, although its track was over less densely populated regions, suggesting the ultimate industry loss will be lower than Jebi.