Karen Clark & Company (KCC) expects the insurance and reinsurance industry loss from hurricane Nate to be almost $500 million, the company has announced. 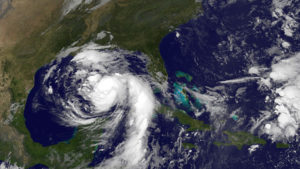 Initially, Nate was expected to become a Category 2 storm before making landfall. However, this failed to happened and the storm actually made landfall as a Category 1 hurricane near Biloxi, Mississippi on October 8th, with peak winds of 85 mph.

According to KCC, the estimate includes insured wind and storm surge losses to residential and commercial properties, as well as industrial properties and automobiles.

Analysts had said that insurance and reinsurance industry losses from Nate would most likely be low. And while the $500 million estimate provided by KCC is far lower than the initial loss estimates for hurricanes Harvey, Irma and Maria, the impact of Nate could see some companies’ aggregates erode further.

With the loss expected to be low, analysts have said that Nate will likely be more of a hit to primary players than reinsurance companies, and it could add further pressure for increased rates.