Matthew Moore is taking over the leadership of Liberty Specialty Markets, in a move that had been planned as the previous President and Managing Director Nick Metcalf was planning to step down. 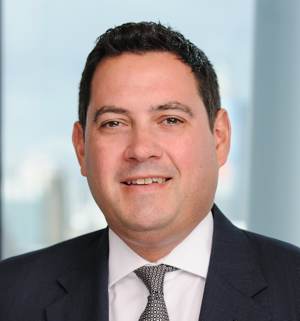 Moore commented on his promotion; “I am delighted to be leading LSM in its next phase of evolution. I believe that LSM is uniquely placed to take advantage of the opportunities presented by the innovation taking place in the London market, and it is a privilege to be leading LSM at this exciting time.

“I look forward to engaging with our clients in my new role and to helping them to prosper. I would like to pay tribute to Nick’s leadership of LSM over the past 10 years and to the guidance and support he has provided to me personally as I look to lead on from the excellent position in which LSM now finds itself.”

Metcalf added; “Matthew is uniquely placed to lead LSM in the future and I am absolutely delighted to be handing over the reins to such a talented market leader. I have enjoyed leading LSM through a very successful period and wish Matthew and the leadership team every success in the future.”

Chris Peirce, President of Liberty Mutual’s Global Specialty Strategic Business Unit, also said; “I want to thank Nick for leading LSM through a very successful period and to wish Matthew and his leadership team every success in the future. Matthew is well known and respected in the industry, and has a deserved reputation for smart thinking and business building.”

Moore was previously the Group Chief Underwriting Officer at Liberty Specialty Markets, having spent 15 years with Liberty after joining in 2002 as a Political Risk underwriter. He became Active Underwriter of Liberty’s 4472 Syndicate, and Group CUO of Liberty Specialty Markets when the unit was formed in 2014, following the merger of Liberty Syndicates’ business with Liberty’s London market insurer.