Staff at insurance and reinsurance marketplace Lloyd’s of London have been warned to behave appropriately ahead of the Christmas party season, according to reports from Financial News. 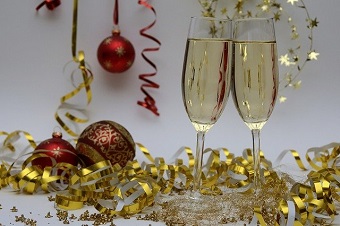 Lloyd’s Chief Executive John Neal told the publication that emails had been sent out to staff and member companies reminding them of the marketplace’s standards.

“We’ve asked people to be particularly careful and remind their staff of the standards of behaviour that they would expect, including at Christmas parties,” Neal said.

The notice comes at the close of a challenging year for Lloyd’s, as it has tried to clamp down on widespread issues of sexual harassment and alcohol consumption in the market, among other issues.

Neal, who took over as head of Lloyd’s in October 2018, has also worked to implement a program of reforms designed to modernise the marketplace and turnaround the worst performing syndicates.

The Lloyd’s boss told Financial News that Christmas could be a particularly “challenging time of year” for the market to uphold its new cultural guidelines.

A spokesman for Lloyd’s also told the BBC: “The message is part of our wider speaking-up campaign in which we have been clear about the standards of behaviour that we expect and our ongoing commitment to cultural change in the market.”

A new program of measures aimed at fostering a safer and more inclusive working environment was introduced at Lloyd’s in September after a survey revealed widespread issues regarding sexual harassment and employee wellbeing in the marketplace.

However, just 45% of those surveyed said they would feel comfortable raising a concern, while 22% said they had seen people in their organisation turn a blind eye to inappropriate behaviour.

Across the board, women also reported a more negative experience than men in the Lloyd’s market, while one in five respondents did not believe people had equal opportunities regardless of gender.

Additional concerns were raised as 40% of survey respondents felt under excessive pressure to perform at work, whilst 24% had observed excessive consumption of alcohol during the past 12 months.

Average premium renewal rates up in November for most lines: IVANS

The November results of the IVANS Index, a division of Applied Systems, shows that year-over-year, all lines of business, with...