Lloyd’s narrows scope of Blueprint One goals for 2020

Insurance and reinsurance marketplace Lloyd’s of London has narrowed the focus of its Blueprint One goals to prioritise just three key targets in 2020. 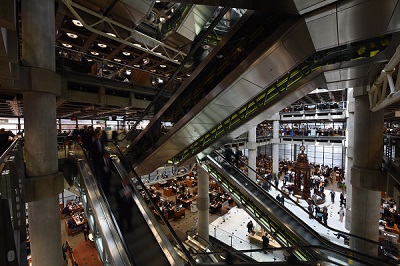 In a statement ahead of the first detailed update to the Future at Lloyd’s strategy, Lloyd’s said that its priorities would include the development of PPL, the coverholder solution, and the claims solution.

In parallel, Lloyd’s will continue to develop its infrastructure initiatives, including data and technology architecture and the modern syndication of risk.

Notably absent from these goals are the capital plans that were outlined in the original Blueprint One release.

Back in September, Lloyd’s said that the first phase of its strategy for change would include an initial tranche of capital platform pilot use-cases and a refined set of rules for capital in the marketplace.

But now it appears that these plans have been postponed while other projects are implemented.

Lloyd’s said that it had decided to narrow its scope based on feedback received from the market as part of the ongoing transition and planning phase of its strategy, which runs from October 2019 to March 2020.

During this period, Lloyd’s said it has been busy setting up the program of activities, mobilising workstreams, and securing the finances to deliver on its aims.

The first detailed update to the Future at Lloyd’s Blueprint One is due to be launched online on 26 February.

“We are committed to building on the investments already made by the market, together with maintaining the ambition we set out with to create the world’s most advanced insurance marketplace,” Lloyd’s said.

“Focusing our efforts on these workstreams, including delivery of proofs of concept, will drive tangible progress in 2020 across the solutions that the market has asked us to prioritise.”