The intervention of the Lloyd’s Performance Management Directorate is expected to support better underwriting results for marine energy classes throughout 2019, according to analysts at Lloyd & Partners. 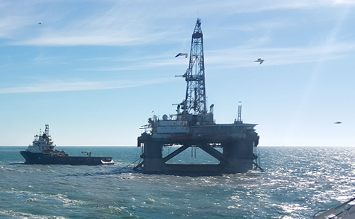 The firm noted in its April 2019 quarterly energy newsletter that the performance review was not a one off event, with all syndicates now subject to regular monitoring to ensure they are meeting the agreed standards for profitability.

The initiative will be especially supportive for those marine energy classes that were seen to be loss-making, Lloyd & Partners said, such as hull and cargo.

Overseas markets are also now reacting to the situation, with underwriting views hardening in response to material marine insurance losses and the opportunity to raise rates on several classes.

In the U.S markets, analysts noted that well run brown water fleets can still secure favourable terms, but clients who find themselves outside of these parameters are seeing significantly reduced appetites and hardening rates.

Meanwhile, the Middle East and Singaporean markets, which are widely supported by London satellite operations/MGAs, are having capacity withdrawals and a resultant tightening of underwriting discipline

Scandinavian markets remain relatively stable but, like the U.S markets, are keen to chase good risks and squeeze underperforming accounts.

Lloyd & Partners acknowledged that some pockets of a soft market still remain, particularly in regions like South America, which are reliant on significant treaty reinsurance capacity and where the influence of that reinsurance capacity can only really be applied at renewal.

This means market conditions will likely persist until these reinsurers can digest the annualised results or revise the terms of their reinsurance backing.

The marine liability market remains relatively stable, analysts said, although underwriters sitting alongside those in hull are trying to hold an underwriting line and opportunities for reductions have mostly disappeared.

From a broker’s standpoint, Lloyd & Partners considers the market to fairly equalising and calming, albeit into a more consistent harder environment.