The London Market has welcomed the news that the proposed UK legislation to reform its regulatory and tax regime for Insurance Linked Securities has received parliamentary approval. 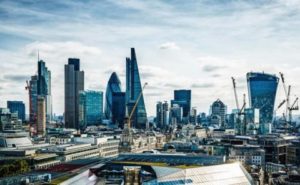 The final formalities allowing it to pass into law are expected on December 4th.

Nicolas Aubert, Chairman of the London Market Group, said the reforms are “a great example of the market working closely with the government to improve the business environment in which we operate.”

The UK government proposed updates to its associated taxation system, legal framework, and options for setting up an ILS vehicle in July, in an attempt to ensure the re/insurance business environment remains competitive throughout the transition out of European Union membership.

William Hogarth at Clyde & Co, commented; “London is in a strong position when it comes to attracting ILS business as it is home to some of the world’s best and brightest insurance talent, whose knowledge, experience and ability to innovate is unparalleled.

“ILS investors used to operating in jurisdictions such as Bermuda will need to get to grips with what London has to offer.

Each cell is fully funded for the risk or portfolio of risks for which it is designed, but is isolated from other cells within the protected cell company, ensuring there is no cross-contamination.

“ILS have been gaining popularity over the last two decades and growth is set to continue. The strength of London’s reputation will serve as an advantage given recent disclosures around offshore tax havens, some of which have already become established ILS centres, said Newman.

Managing Director of SCOR’s EMEA Hub and Chairman of LMG’s ILS Taskforce, commented; “undoubtedly the regulations will evolve over time as the ILS market itself evolves, and we are encouraged by the PRA’s willingness to engage in pre-application dialogue with parties interested in using the new regulations. This dialogue should minimise any issues applicants may have with the regulations.

“The taskforce has consistently said that it seeks to grow the ILS pie. What the recent natural catastrophes
across the US, Caribbean and Mexico have demonstrated very clearly is the extent of under insurance, even in developed countries.

The revised ILS legislation will make the UK more competitive as a hub for alternative risk transfer,  opening up more opportunities for London Market players to generate growth through both traditional cover and new ILS solutions.

However, Clyde & Co’s Hogarth noted that “the speed-to-market facilitated by the efficiency of regulatory approvals would be a “key sticking point”, he added; “if London can genuinely compete with the established ILS markets in this space then the sky is the limit for the UK to become a hub for ILS business.”