Specialist insurer Markel International has announced the appointment of Nick Lazarus as Managing Director for North American Property Reinsurance, based in London. 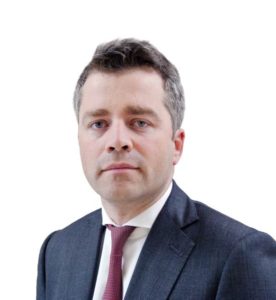 Lazarus joins Markel from Hiscox, where he worked as a Senior Underwriter and was recently involved in the fronting of Hiscox Re ILS funds and the marketing of its outward reinsurance relationships.

He has spent the previous 12 years at Hiscox Re, having joined the company in 2007 as a Non-Marine Treaty Underwriter.

In his new role, Lazarus will lead the existing and established London team at Markel, working to strengthen and broaden the Markel reinsurance offering to cedants worldwide.

He will also be required to work closely with Peta White, Senior Managing Director and Head of North American Property Reinsurance, as well as her teams in Bermuda and Summit, New Jersey.

“As a top 40 global reinsurer we need a strong, active and visible presence in the London, to support our international positioning and source business from this important market,” said Andrew Barnard, Head of London Reinsurance for Markel.

“We have a lot to offer and Nick’s established knowledge and contacts in London will help us make best use of that,” he added.