Mike Wilkins takes over as Chairman of QBE

QBE Insurance Group has announced that former IAG CEO Mike Wilkins has been elected to take over as Chairman of the Group Board, starting from March 1, 2020. 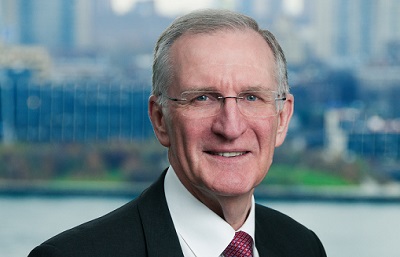 He will succeed W Marston Becker who is not standing for re-election, and who will retire from the Board on April 30.

Wilkins joined the QBE Group Board in November 2016 and is currently Deputy Chairman of the People and Remuneration committee and a member of the Audit and Operations and Technology committees.

In addition to his positions at QBE, Wilkins is currently a non-executive director of Medibank Private and has previously served as a director of AMP Limited, Alinta Limited, Maple-Brown Abbott Limited and The Geneva Association.

“It is an enormous privilege to be elected to the role of Group Chairman of QBE and I thank the Board for their confidence and support,” said Wilkins.

“I would like to pay particular tribute to Marty Becker and acknowledge his enormous contribution to QBE over the past seven years. The Board has benefitted greatly from his experience and wisdom and I am personally grateful for his friendship and support over our time working together.”

Becker joined the QBE Insurance Group Board in August 2013 and was elected Group Chairman in 2014.

“It has been a great honour to serve as a Director and as Group Chairman of QBE over the past seven years, as we have steered QBE to become a simpler, more globally-connected and stronger organisation,” said Becker.

“I believe the time is now right for me to step down and for a new Chairman to bring fresh ideas and perspectives to QBE,” he continued. I am delighted the Board has chosen Mike Wilkins to succeed me. He is an exceptionally well credentialed Director and I wish him and the Board every success in the future.”

“Our incoming Chairman, Mike Wilkins, is very well known and should make for a seamless transition. I look forward to working very closely with Mike going forwards.”

Tokio Martine Kiln (TMK) has said that rate rises are positively impacting the 2019 year of account and are continuing...