Marsh & McLennan Companies (MMC) has extended its lead in the rankings of The Top 20 Global Insurance and Reinsurance Broking Groups, although a combined Aon and Willis Towers Watson (WTW) could claim the number one spot.

As shown by our directory of the Top 20 Global Insurance & Reinsurance Broking Groups, which is based on research data from A.M. Best (with groups ranked by total revenues), MMC tops the list in 2019 with total revenues of a huge $17 billion.

Of course, MMC completed its acquisition of broker JLT Group for $5.6 billion in April 2019, meaning that the latter no longer features in the list while the former has stretched its lead at the top of the table.

Although MMC is ahead of its nearest rival by $6 billion, in terms of total revenues, a combined Aon and WTW could take the top spot.

After weeks of speculation, Aon confirmed in early March 2020 that it will combine with WTW in an all-stock transaction with an implied combined equity value of approximately $80 billion.

Analysts have said that a merger of such scale is expected to see the combined company claim the top spot in the global rankings, while other brokers, such as Gallagher, Hub International and Brown & Brown, will likely benefit in the near-term from both producer and revenue leakage. 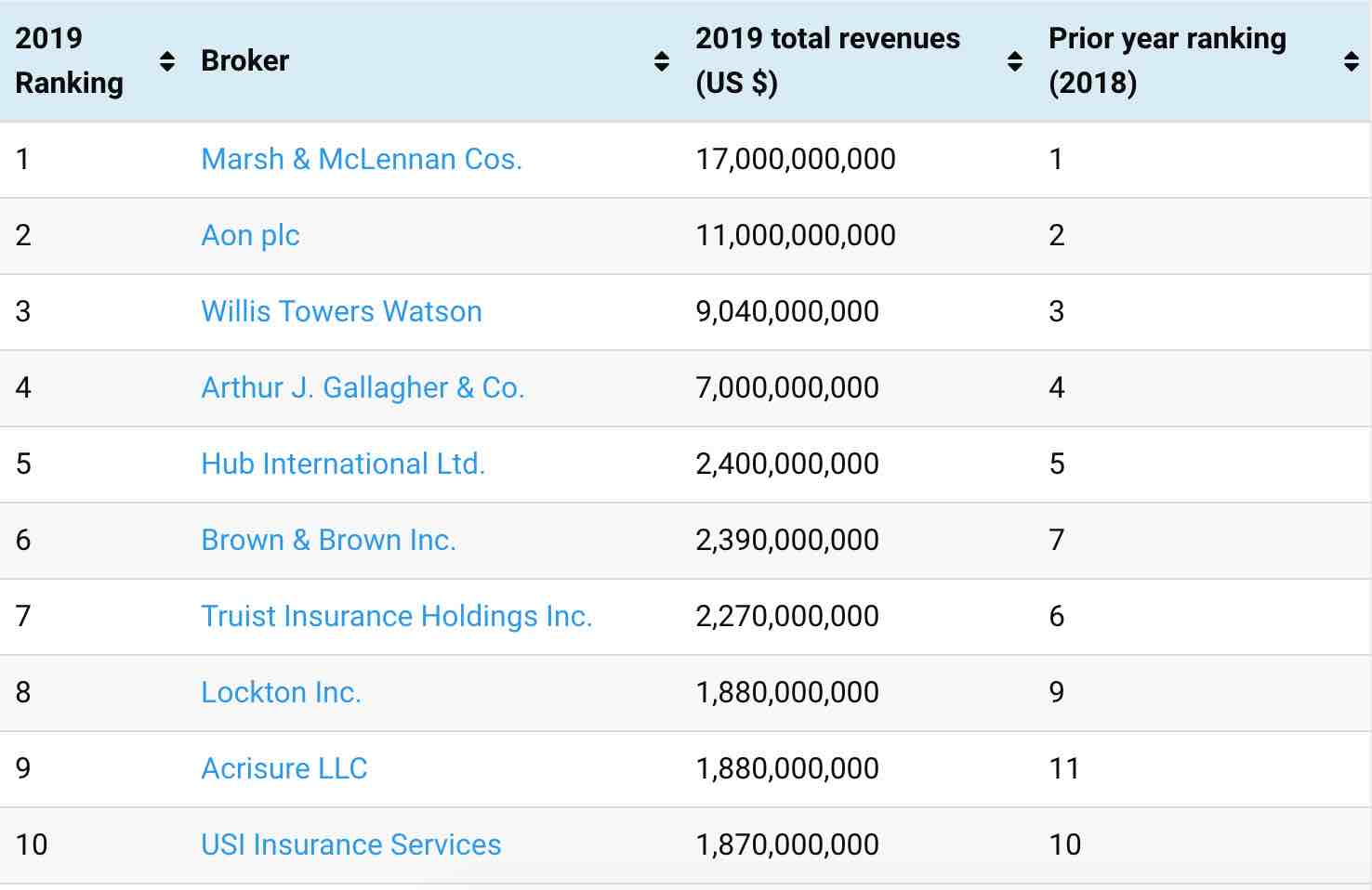 The only new entry in 2019 is China-based broker Fanhua, who took the final spot on the list following its last appearance in 2017.

The full list of the Top 20 Global Insurance & Reinsurance Broking Groups can be viewed here.

International General Insurance Holdings Ltd. (IGI) has announced the appointment of Ian Noble as Head of Casualty and Professional Lines....