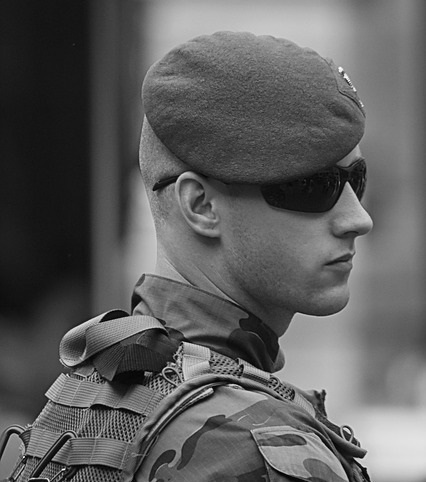 The War, Terrorism & Political Violence team is made up of several underwriters in London and North America, including Chairman Quentin Prebble, who previously served as global head of marine, including war and terrorism, at Ironshore’s Pembroke syndicate.

Prior to Ironshore, Prebble led the same business line for Liberty syndicates at Lloyd’s, and was one of the first professionals to write stand-alone terrorism risk after 9/11.

Also on the team is Jamie Oliver, SVP, Senior Underwriter, War, Terrorism & Political Violence, who joins from Marsh in New York, where he previously worked as a senior client advisor, involved in the design, marketing and management of insurance programs for Fortune 100 companies.

Prior to Marsh, he was a senior underwriter at Swiss Re Corporate Solutions, and spent six years as a marine underwriter at Pembroke and started his career at Liberty syndicates.

Next is Heather Blaser, SVP, Senior Underwriter, War, Terrorism & Political Violence, has more than 10 years of industry experience. She began her career at Ironshore and underwrote war and terrorism at Pembroke, and later returned to the US to manage a domestic book of business, successfully building a market-leading consortium.

And finally, Michael Glover, Junior Underwriter, joins the London team with prior experience in both professional indemnity and political violence.

“We’re excited to be launching our first products and building an unrivalled team of the very best talent in this specialized line of business,” said Mosaic CEO Mitch Blaser. “The area of political violence has more relevance today than ever, and Mosaic’s unique position makes us a trusted partner for clients requiring this type of coverage.”

“Global geopolitical risks are creating an increasingly volatile and uncertain landscape for governments, municipalities, utilities, and companies engaged in cross-border trade,” added Prebble. “Our expertise in these niche peril products is second to none, allowing Mosaic to deliver peace of mind to clients, so they can continue to operate through turbulent times and recover losses when severe crises happen.”

Launched by Blaser last month, Mosaic combines Lloyd’s Syndicate 1609 with a wholly-owned syndicated capital management agency and underwriting hubs in Bermuda, London, the US, and Asia.

The company is focused on several lines of specialty business which are being launched throughout 2021.