Most important wave of consolidation is around the corner: Twelve Capital’s Ramseier

The next, and arguably the most important wave of insurance and reinsurance industry consolidation is around the corner, according to Urs Ramseier, Twelve Capital, Founding Partner, Chief Executive Officer (CEO) & Chief Investment Officer (CIO). 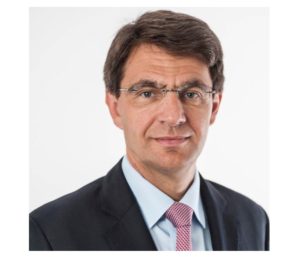 Twelve Capital is a Zurich headquartered insurance and reinsurance linked specialist investment fund, with more than $4 billion of assets under management (AuM) as at December 31st, 2018.

Reinsurance News recently spoke with Twelve Capital’s Ramseier about consolidation in the risk transfer landscape, looking at the main drivers over the past 15 years or so.

“A certain level of M&A activity has already been seen in the context of internationalisation and globalisation of (re)insurance groups. Then, about 15 years ago, there was the emergence and growth of an alternative source of capital for natural catastrophe risks, in the format of Cat Bonds and collateralised reinsurance. This new capital became an established asset class in its own right and, at the same time, challenged the business model of small and mid-sized reinsurance companies.

“This was particularly the case for those mainly focused on natural catastrophes and these have been losing market share to financial market players. Many of these companies have merged or have been taken over in the last few years by larger companies,” said Ramseier.

While Generali’s sale of its German life business to Viridium and the fixed annuities reinsurance deal between Athene Holding and Voya Financial, are two examples of recent deals that target major restructuring / capital optimisation.

The persistent focus of capital markets-backed capacity on natural catastrophe risk significantly pressured the traditional players, ultimately forcing them to not only acknowledge, but to embrace and utilise an additional, diversifying, and potentially more efficient source of capital.

In light of this, merger and acquisition (M&A) activity between re/insurance and ILS players has increased, while the overall, highly competitive environment has seen smaller players combine with their larger peers in order to remain relevant in a rapidly changing marketplace.

As the market started to adjust to a potential new norm underpinned by muted post-event rate increases and a flatter re/insurance market cycle, the introduction of Solvency II regulation across Europe in 2016 and the adoption of risk-based capital models in general, triggered the second wave of industry consolidation.

The third wave of industry consolidation is a result of the prolonged low interest environment, which impacted the life insurance business.

“Many life insurance companies are having to reposition themselves and to sell closed books of business to specialised players,” added Dr. Ramseier.

There have been numerous run-off, or legacy life business acquisitions in recent times, including Monument Re’s acquisition of Alpha Insurance S.A.’s run-off portfolio of traditional life and credit life business.

Other deals include Monument Re’s acquisition of a €140 million portfolio of Irish annuities from Rothesay Life, and the recently completed 89.9% sale of the shares of Generali Leben (Generali’s German life insurance business) to Viridium Group.

Now, said Ramseier, the fourth and perhaps most important wave of industry consolidation is around the corner.

“It is the development in the technological area (InsurTech). This will fundamentally change the way insurance business is undertaken. There will be winners and losers,” he explained.

The rapid and continuous advancement of technology is already starting to have a fairly significant influence on the risk transfer landscape.

A disruptive, invaluable and inevitable force, the focus of technology on the insurance sector has seen the establishment of many, many InsurTech start-ups, many of which have partnered with leading insurers and reinsurers. At the same time, some companies have developed their own InsurTech platforms, designed to increase efficiency in varied parts of the value chain.

Recent examples include a partnership between insurance and reinsurance broker Willis Towers Watson and German InsurTech massUP, which aims to develop new insurance products and solutions.

The majority of companies in the insurance and reinsurance space, in some form or another, now leverage advanced technology in an effort to improve their business and ultimately provide a more valuable and positive experience for the end consumer.