Munich Re has announced the resignation of Board of Management member Ludger Arnoldussen, who will be leaving to seek new challenges after over ten years with the company. 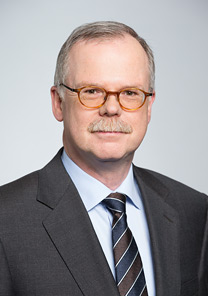 Arnoldussen’s official resignation date is April 26, long-term company leader Hermann Pohlchristoph who’s worked with Munich Re for the last 15 years, has been named as his successor.

Pohlchristoph is currently Chief Finance Officer of the reinsurance field of business; he is also set to take on responsibility for the Germany, Asia-Pacific, Africa Division, Central Procurement, and Central Services.

Munich Re also announced proposals for changes to the existing board, nominating Renata Jungo Bruengger as successor to Wolfgang Mayrhuber – who resigned from the Supervisory Board at the end of last year.

Already a Supervisory Board member, Bruengger has been elected to step in for Mayrhuber until the end of the 2019 Annual General Meeting.

The Board of Management’s recommendations for the Annual General Meeting have been approved by Munich Re’s Supervisory Board.

Also today, the reinsurance firm gave conservative guidance on its 2017 profit target as it sets itself up to continue evolving its business model as it navigates market challenges.