The founders of India’s Apollo Hospitals Enterprise are reportedly planning to sell their stake in a joint health insurance venture with Munich Re, according to sources at Bloomberg. 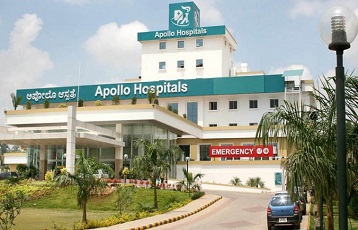 People with knowledge of the matter told the publication that Prathap C. Reddy and his family were looking to sell their entire holding of 41% in Apollo Munich Health Insurance Co. to repay debt.

The Economic Times reported in November 2018 that Munich Re is also looking to sell its stake in the venture and is in talks with HDFC Ergo General Insurance Co., which is minority owned by Munich Re’s Ergo Group subsidiary.

The family intend to use the proceeds of the sale to repay part of the debt raised by pledging Apollo Hospital’s equity as collateral, sources added.

Apollo is India’s largest hospital chain operator and currently has around 34.3 billion rupees (US $480 million) of debt.

The company’s share value dropped significantly this week after the founders pledged more shares to raise funds to repay debt.

“We are aware of the recent increase in our pledge levels,” Apollo’s Managing Director Suneeta Reddy told Bloomberg. “We have clear plans to reduce the same by at least 50 percent over the next six months.”

Ironshore Environmental, the environmental re/insurance unit of Bermuda-domiciled holding company Ironshore Inc., has announced that it has made its stand-alone...