Munich Re US names Juan Herrera as Head of Diversity & Inclusion

Munich Reinsurance America, Inc. (Munich Re US), a subsidiary of reinsurance giant Munich Re, has announced the appointment of Juan Herrera as its first full-time Head of Diversity & Inclusion. 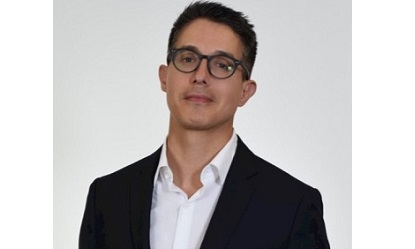 He will be tasked with overseeing all diversity and inclusion efforts across North America, including for Munich Re US, Munich Re Specialty Insurance, American Modern Insurance Group, and Hartford Steam Boiler.

Herrera joins Munich Re US from AXA XL, where he has spent the previous two years supporting global inclusion efforts.

Prior to this, he held several roles at multinational mass media firm Viacom from 2008 to 2015, and helped to establish a program for diversity and inclusion.

“We are very pleased to welcome Juan into this new role,” said Brian Viscusi. “Juan has a proven track record of leading the way for new diversity and inclusion opportunities that can span across an entire organization.”

“He will build off of our strong diversity and inclusion foundation by employing an approach that will be closely tied to the success of the organization and our employees,” Viscusi explained. “We already are making great strides in 2019 on our diversity and inclusion journey, and we’re looking forward to Juan’s leadership to take us even further.”

Herrera also commented: “I’m excited to join Munich Re as we continue to build on our solid inclusion foundation. The reinsurance industry offers amazing opportunities for the best and the brightest to start and grow their careers.”

He continued: “As our industry evolves, there are many ways in which we can create cultures where all colleagues want to do their best and everyone understands we all have a role to play in creating an inclusive workplace. I’m excited to be a part of Munich Re’s journey and help build upon our culture of belonging.”