The UK Economic Secretary Steven Barclay said yesterday in a speech at the Association of British Insurers conference, the government is consulting on how to set the Ogden rate for England and Wales, to ensure a “better and fairer system for claimants and defendants.” 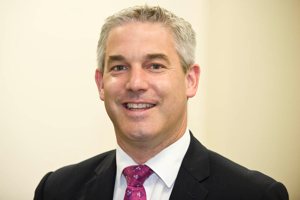 Barclay said; “We are currently considering the responses to the consultation we’ve received and I would like to thank the industry for the constructive engagement on this issue.”

“We want to make sure that the way the rate is set is put on the firmest possible footing in future.

“In doing so, we will keep true to the 100% principle: that a claimant is paid no less than they should be, and no more.”

He called the current system “outdated,” stating that with negative returns on interest-linked gilts, the mechanism had “lost its connection with the way people invest in the real world.”

After the Ministry of Justice cut the Ogden rate – a calculation used to determine lump sum compensation to claimants who suffered life-changing injuries – to -0.75% from 2.5% in February, many UK firms, especially motor insurers, reported a blow to profits which resulted in extra costs being passed on to consumers, with young motorists hardest hit by higher car insurance prices.

The UK government can update the Ogden rate system for England and Wales, however, the devolved governments of Scotland and Northern Ireland have set their rates, and this, Barclay noted, impacts the agenda setting balance of “parliamentary arithmetic.”

The Economic Secretary also said that as one of the biggest opportunities for growth, InsurTech is an area the government is looking at, as it seeks to ensure the environment is right for innovation and market expansion.

He said; “A lot of work has already been done to make sure we’ve got the right environment for FinTech and InsurTech to develop at pace – the FCA’s innovation hub and regulatory sandbox are the most obvious examples of that, and it is welcome that four Insurance firms have already got involved in the next cohort of the Sandbox.

“But where there’s more to be done, I’m keen to look at that – particularly in terms of getting more investment into the InsurTech sector.”

As the UK government works through a period of adjustment, overhauling the rules and regulations of  re/insurers, Barclay commented, it would focus on improving the working sphere to match the evolving developments of the real world; accommodating market demands and emerging risks such as cyber insurance.

Barclays said; “It is these reasons that insurance continues to be one of the priority work streams of the Financial Services Trade and Investment Board.”

In addition to the Ogden rate, InsurTech, and cyber, the life insurance market has been placed on the operating table for a potential revamp; “We’ll want to look at whether Brexit gives us an opportunity to make changes to support the unique nature of the UK life insurance market,” he added that particularly in the corporate and speciality insurance market, the government would “want to explore opportunities to deepen trade beyond the EU.”