Catastrophe loss data aggregator PERILS has pegged the initial property losses for the floods which hit the Queensland city of Townsville earlier this year at AU$957 million (US$678 million). 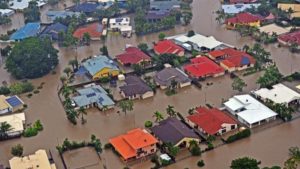 The city of Townsville and the surrounding area in northeastern Queensland experienced torrential rain and flash flooding between January 26 and February 10 due to a slow-moving monsoon system.

The flooding was compounded further after flood gates at the Ross River dam were fully opened last week to drain dangerously high water levels, releasing up to 1,900 cubic metres of water a second and sweeping away cars and more than 300,000 livestock.

PERILS says that Townsville’s accumulated rainfall totals from consecutive days were the highest since records began in 1888.

Losses from Motor and other lines of business are not included in this estimate. An updated estimate of the market loss from the Townsville Flood will be made available on 26 April, three months after the event start date.

“Given the record-breaking amount of rain which fell over North Queensland from 26 January to 10 February, it is no surprise that extensive flooding occurred from overflowing rivers and surface water run-off,” said Darryl Pidcock, Head of PERILS Asia-Pacific.

“This clearly underpins the need for reliable flood insurance data which PERILS strives to provide, helping to further improve the industry’s understanding of Australian flood risk and ultimately making it easier to insure.”