In keeping with PERILS’ reporting schedule, the final loss figure was released 12 months after the original event, and represents a 4.4% increase on the firm’s previous estimate of €724 million, released in July 2018.

Storm Burglind (Eleanor) swept across Europe between the 2nd and 3rd of January 2018 and caused significant damage to parts of Austria, Belgium, France, Germany, Ireland, Luxembourg, the Netherlands, Switzerland, and the United Kingdom.

The event was named Burglind by the Free University of Berlin and Eleanor by the Irish and UK national weather services, and impacted large parts of Western Europe and the British Isles. The storm also claimed the lives of six people in France.

According to PERILS, the insured industry loss levels for individual countries were not unusual, with Switzerland being the exception, where the storm loss as estimated by PERILS is anticipated to be reached once in roughly every 14 years. 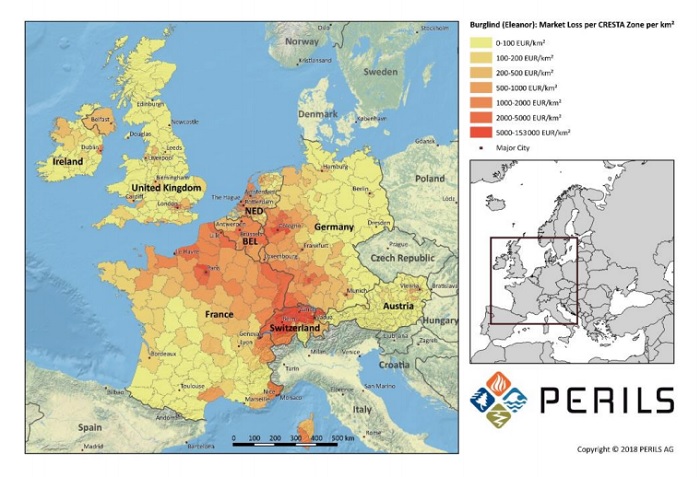 Gusts exceeded 160km/h in Switzerland, France and Germany, where most of the insurance industry losses occurred, according to PERILS.