Political risk levels increased in 2019 when compared with the previous year, while the number of companies that have experienced political risk losses has also increased, according to a survey of 41 major corporations by insurance and reinsurance broker, Willis Towers Watson (WTW). 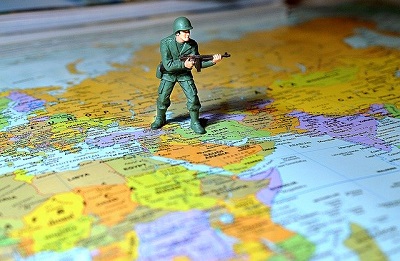 The results of the survey show that 61% of the 41 major companies that participated believe political risk levels increased in 2019 against the levels seen in 2018, with disruption of international trade considered the most significant risk in most regions.

Almost 60% of survey respondents said trade sanctions were a concern for their business operations in Europe, 70% in Asia-Pacific, and 77% in Russia and the Commonwealth of Independent States.

Sanctions against places like Russia, Iran and Venezuela, the U.S. and China trade war as well as the impact of Brexit in Europe were all highlighted as concerns.

At the same time, the survey shows that during 2019 more companies reported that they had experienced political risk losses when compared with the previous year, with 54% of respondents having experienced a loss as a result of political violence, up from the 48% posted in 2018. Furthermore, 48% of respondents reported losses due to trade sanctions or import / export embargoes in 2019, which is up on the 40% recorded a year earlier.

Interestingly, almost a third (32%) of companies with revenues of more than $1 billion reported previous experience of a catastrophic (above $250mn) political risk loss.

Paul Davidson, Chairman of Financial Solutions at Willis Towers Watson, said: “It is clear from our survey that political risk continues to increase, and that related financial losses are on the rise.

“Corporations now face a strategic choice: to either maintain their global business models while accepting, mitigating or transferring the political risks associated with them, or attempting to realign themselves with the emerging shape of a new and apparently more nationalist global landscape.”

More than 70% of respondents to the survey feel that emphasis on political risk management within their firms has increased in 2019, while almost 40% said that they were facing more pressure from investors around their management of political risks.

Liberty Mutual’s National Insurance operation has announced that it plans to harness big data capabilities via a new partnership with...