Positive conditions to persist, but industry behind curve on loss costs: AXIS CEO

Albert Benchimol, President and Chief Executive Officer (CEO) of Bermuda-based AXIS Capital Holdings, expects positive re/insurance market conditions to persist well into 2022, but warns that the industry is yet to get to grips with its loss cost trends. 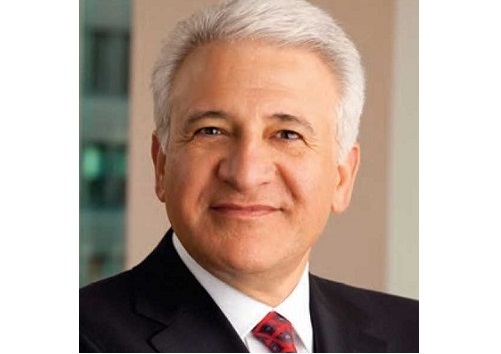 AXIS’ recently published Q2 results show that the firm continues to see positive rate movements across its business, with average insurance rate increases of a little over 14% in insurance, and average rises of roughly 12% in its reinsurance portfolio during the period.

Speaking during the re/insurer’s Q2 earnings call, President and CEO Benchimol expanded on the positive rate activity the company is witnessing across its operations.

In its primary insurance arm, AXIS continues “to see a dynamic market responding to loss trends and supply and demand pressures, with some lines accelerating their rates of improvements, while others have crested and some are exhibiting a deceleration in the pace of rate hikes,” explained Benchimol.

In spite of this, “substantially all lines are showing increases at or above loss cost trends,” he continued.

Within reinsurance, average rate increases for AXIS during the period were less pronounced, but remained in double-digits at 12%, coming in just above the 11% average seen across the book in Q1.

“Looking at the big renewal since we last spoke, for the June Florida renewals, there continues to be an abundance of capital with heavy competition for the higher layers, all of which pressured pricing,” said Benchimol.

All in all, AXIS’ combined insurance and reinsurance portfolios are averaging rate increases in the double-digits for both Q2 and H1 2021.

“And while we’re seeing pricing increases coming down from their peaks in many lines, others are moving up and we still anticipate that positive market conditions will continue, with average price increases in line with or above loss costs into 2022 and likely beyond,” said Benchimol.

The fact average rate increases are at or outpacing increases in loss costs is certainly a positive, but Benchimol was quick to remind that it’s important not to confuse rate change with rate adequacy.

After all, years of intense competition and loss cost inflation “brings industry profitability to a barely acceptable level of adequacy,” and in Benchimol’s view, “the industry has not yet gotten ahead of the curve on loss costs or reserve adequacy, and must sustain its discipline, especially in a low interest rate environment.”

Later in the call, Benchimol was questioned on his bullish stance on pricing and specifically whether for lines that have witnessed a good amount of rate increase, taking them closer to trend, price rises are expected to stabilise through 2021 and into next year.

“I’m not anywhere near as bullish as I’d like to be,” he said. “Ultimately, I do believe that we need to maintain strong pricing, but I think we’re already seeing in a number of areas where the pricing is off its highs.

“I want to be clear, the rate of change is off its high as pricing is still going up. And if you think about us through the first half of this year being at a 13% average, and when you think of loss costs being more in the low to mid-single digits, that’s a long way down.”

As a result, and given the low interest rate environment, Benchimol expects there to be a journey down over the next several quarters.

“But I feel very, very strongly that the industry is not yet in control of its loss cost trends. And I think until it does and given the low interest rates, I think that we’re going to continue to see, hopefully, some discipline for pricing ahead of loss costs.

“That said, we fully expect that levels will start to gradually come down from where they are at some point. They’ll stay double-digit for a little while. At some point, it will be single-digit increases.

“But as long as we have an opportunity to sustain pricing that is at or ahead of loss costs, we can continue to improve the profitability of our book, and I feel confident that we will have those opportunities for a number of quarters to come,” said Benchimol.