Analysts at Peel Hunt have suggested that re/insurers are increasingly pushing for rate increases and management actions as “cracks” begin to appear in the casualty market. 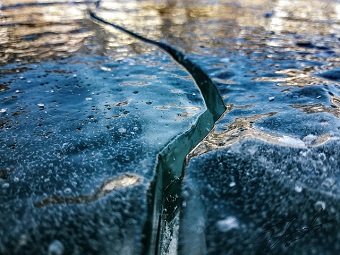 A new report by the firm noted that casualty claims trends have continued to deteriorate, triggering ongoing rate increases across US professional lines, a core area of the market.

Rates have reacted already, with US primary professional classes showing mid-teen increases during the second quarter of 2019 and spilling over into the reinsurance market.

The trend is also prompting an increase in US and UK legacy closed fund transactions, analysts observed, as re/insurers seek ways to offload casualty risks and release capital.

Additionally, a decline in casualty profits has been eroding part of the loss absorption for natural catastrophe losses for some major re/insurers, and has increased vulnerability to major events during the hurricane season.

PwC has previously estimated that there is $66 billion worth of legacy back book reserves in the UK and $348 billion in the US.

“Cracks are appearing in the Casualty market and insurers are reacting,” Peel Hunt stated. “We believe management actions will focus on addressing legacy reserve quality via closed run-off deals, including legal entity sales, as large re-insurers lower their risk appetite and limit their Casualty risk.”

Lloyd’s insurers such as Beazley and Hiscox have been growing their casualty books for a number of years, analysts noted, albeit weighted towards SME rather than large corporates.

This provides some protection to the adverse trends in the market, although both companies are likely to see a decline in casualty reserve releases as they try to address rising loss costs with a more disciplined and prudent approach to reserving.

Hiscox and Beazley have heavily relied on reserve releases to support results, as well as to provide a buffer against major natural catastrophe events.

Both companies have a track record of protecting capital through prudent reserving, Peel Hunt said, but in the short term this lowers earnings and makes the business more vulnerable to large catastrophe losses.