Speaking with Reinsurance News, Imelda Powers, Global Chief Catastrophe Modeler at reinsurance broker Guy Carpenter, discussed the management of changes to models and the impact this can have on insurers and reinsurers, while underlining the importance of utilising the latest data and expertise within models to improve the industry’s view of risks. 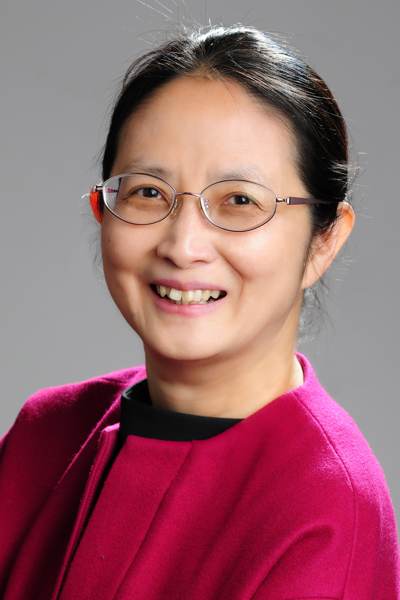 Catastrophe risk models remain an invaluable part of the risk transfer industry, providing re/insurers with an understanding and view of risk that enables the pricing and underwriting of exposures to take place.

Each time a new event happens, the data can be used to both update and calibrate industry models, and this was something noted by Powers.

“Incorporating new hazard and claims data can improve the estimates derived from catastrophe models. By re-analyzing historical events using the latest scientific methods or refining claims with more granular geographical and line of business breakdowns, we can update models with the latest expertise and data. But model changes that yield large swings in loss estimates for frequent events must be carefully scrutinized to understand assumptions and processes in order to truly support ownership of risk.

“Effective model change management indicates mature analytics and an embrace of best practices. If a (re)insurer has invested time and resources in developing and understanding a model that is fit for its purpose, subsequent updates can employ the same efficient process. Not every model update implies a wholesale change in the established view of risk,” said Powers.

She continued by explaining that the U.S. hurricane models are updated every two years, roughly at the same time as the Florida Insurance Commission approves models. Typically, model vendors have historical U.S. hurricane occurrence data that goes back as far as the year 1900, so “adding two additional years of data generally does not cause a material change in event frequency,” explained Powers.

“However, the occurrence of an extreme event can expose previously hidden attributes in the peril – storm surges from Katrina, unanticipated magnitude exhibited by the Tohoku earthquake, or extreme liquefaction demonstrated in the Christ Church, New Zealand earthquake. At other times, model vendors might get access to new scientific or claims data that can be used to parameterize, calibrate and update their models.

“The new attribute, which may not have manifested in past events due to milder intensities, must then be assessed to gain an understanding of its interaction with other model components and claims. The resulting updates to the model produce larger loss estimates for events where the new attribute is prominent, but little or no change to estimated losses for other events. Since US hurricane event frequency would change only modestly, the difference in loss forecast should be minimal for most return periods except the very largest. While perils with high frequency incur claims more often and their models may be updated more frequently, the incremental change in their loss impact should be modest,” she continued.

However, according to Powers the same cannot be said about risks and models with minimal observed losses, when the infrequent updates can potentially have large implications for loss estimates.

Powers continued: “Users expect model builders to carefully validate the distributions of model parameters and their appropriateness in view of a new catastrophe event or scientific discovery. New observations may strengthen existing assumptions or suggest changes, and model builders must be transparent about their expected impact by sharing validation exercises.

“Whatever the scale, model change has an effect on institutions’ underwriting, pricing and capital management. However, it does not need to be unduly disruptive.”

Powers highlighted a number of best practices that are already being adopted by some market players, which includes vendors’ willingness to discuss inadequacies in existing model versions.

“A new scientific finding or new claims data may suggest material loss changes years before a model update is complete. This allows users to adjust for model shortcomings, sometimes with help from the vendors, without waiting for a new version release. When the vendor’s final update is completed, its results will likely be close to the user’s modified view of risks, demonstrating the value of questioning the status quo,” said Powers.

Another best practice that Powers identified is that model users can benefit by checking a model’s default output and adjusting it according to their own informed view of the risk.

“Many market participants are using variations of the default models – no longer do they all step to the same beat. Industry constituents can find competitive advantage by demonstrating transparent, defensible and customized model adaptation,” said Powers.

She continued to explain that there are also advantages in calculating capital needs by using multiple methodologies, and that companies that effectively manage enterprise risk through geographic and line of business diversification might be able to protect against shocks from model changes.

“In some jurisdictions, standard formulas are available to calculate insurer solvency ratios; examples include the use of damage factors by line of business, peril and region under Solvency II in Europe and C-ROSS in China. A catastrophe model change does not have the same impact on companies who use multiple methods to calculate capital needs as those that rely solely on commercial models.

“For a global or national multi-line writer, a model change in one geographical area or line of business has less impact on overall capital management than it would for a company whose business is concentrated in that area or line.

Global consulting and actuarial firm Milliman, Inc. has announced that its Tampa office will now benefit from the addition of...