Global law firm, Locke Lord, has underlined the potential for reinsurance contract disputes surrounding hours clauses, in light of the impacts of recent hurricanes in the U.S. and the Caribbean. 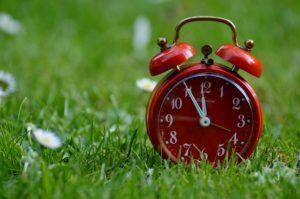 In a publication on the law firm’s website, it raises the concern of disputes between insurers and reinsurers surrounding the hours clause within contracts, which, when included, limits the amount of time that losses from a specific peril, such as a hurricane, can be aggregated into a single occurrence.

Typically, according to Locke Lord, the hours clause in a reinsurance contract is 72 (3 days) or 168 hours (7 days), although it is worth noting that while the average used to be 168 hours, many have now increased to 504 hours (21 days), something discussed by our sister publication, Artemis.

“Each storm lasted days, so hours clauses in reinsurance contracts may impact aggregation of claims. Losses incurred by each storm could be split into multiple occurrences, and the earlier occurrence could exhaust layers of reinsurance coverage,” explains Locke Lord.

For cedents, the ability to aggregate claims under a single retention is clearly beneficial, but this does suggest potential for more of the losses to passed on to reinsurers as the aggregation mounts, essentially eating through the retention and eroding more of the cedents reinsurance protection.

The law firm explains that it might well be possible that early losses from hurricane Harvey in Texas are not aggregated with losses in Louisiana, for example. Similarly, with hurricane Irma, losses experienced in the Caribbean might well not be aggregated with those in Florida, which, absent the right to reinstatement of reinsurance protection, could result in the insurer taking on a greater share of the loss.

At the same time, “it may be possible for cedents to recover in respect of two or more occurrences, subject to a right to reinstatement of the reinsurance cover,” explains Locke Lord.

It will take some time for the actual losses from hurricanes Harvey and Irma to be fully understood, owing to the widespread devastation caused and complexity of the events.

“Cedents’ attempts to aggregate or disaggregate loss will need to be examined against the aggregation language in the reinsurance contracts in the context of when the losses occurred and the law of the controlling jurisdiction,” concludes Locke Lord.

Specialist insurance and reinsurance firm Hiscox Ltd. has estimated its combined net loss from hurricane Harvey and hurricane Irma as...