2017 was a record-setting year for private technology investments by re/insurers, which are leading the way in InsurTech investment after significantly increasing their activity in the market in Q4 2017, according to the fourth Quarterly InsurTech Briefing from Willis Towers Watson in collaboration with CB Insights. 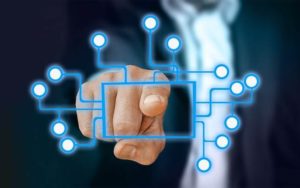 65% of the incumbent InsurTech investments to date have been in businesses focused on enhancing the efficiency of product delivery, underwriting, claims and other administrative functions and $697 million of InsurTech funding in Q4 rounded off 2017 at a total of $2.3 billion, a 36% increase from $1.7 billion recorded in 2016 and the second highest total for any year to date, according to Willis.

In a survey of re/insurance professionals, 75% of respondents said their company is “moderately” to “extremely” at-risk of disruption, even as 72% of company innovation resources, on average, are devoted to incremental technologies (instead of disruptive or radical ones).

Walkiewicz commented on stiff competition and the fear of disruption as drivers of the InsurTech investment boom, saying that; “during the year, conversations about disruption of the existing value chain evolved towards an efficiency-driven search for incremental innovation. However, technology revolutions rarely result in redistribution of power among incumbents. It can be argued that incumbents’ collective response to InsurTech hype has diminished their ability to recognize true disruption.”

Alice Underwood, global head of Insurance Consulting and Technology, Willis Towers Watson, added that “re/insurers are evaluating the cost associated with early adoption of new technology; this investment can yield great reputational and financial benefits if handled well, but companies that position themselves as fast followers can reap a fair amount of benefit with relatively less risk.”

However, she added “companies that wait too long may find they can’t make up lost ground once anti-selection and other competitive pressures set in.”