Paresh Patel, the Chairman and Chief Executive Officer (CEO) of HCI Group, Inc. has revealed how the company’s adoption and utilisation of technology turned out to be a big differentiator during hurricane Matthew, raising the homeowners’ insurers profile while provide its reinsurers with welcomed transparency. 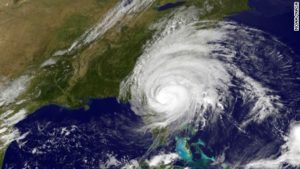 Speaking during the company’s second-quarter 2017 earnings call, Chairman and CEO, Patel, underlined how its Atlas Viewer tool provided its reinsurance partners with increased comfort and transparency as hurricane Matthew was taking shape.

Atlas Viewer is a tool that was developed by HCI Group’s information technology subsidiary, Exzeo. The tool works as a map-based technology, enabling the company to identify, track and manage daily claims, as well as claims associated with catastrophic events, in real-time.

“One of the big differentiators that everybody appreciated was the Atlas Viewer program. What we did was before the storm came, we sent a link to all of our reinsurers so they could track our handling of the claims that were associated with Matthew in real-time,” said Patel.

According to Patel, after Matthew had passed and HCI met with its reinsurers, their response was “wow, that was great.”

During the first week or so after the event many of its reinsurers were still trying to get a handle on what the impact of Matthew might be, and many of these companies explained to HCI that most of their primary partners were in the same boat.

However, thanks to Atlas Viewer the reinsurers were able to see exactly what HCI was doing in real-time, essentially increasing the transparency of their agreement in light of a landfalling storm, something that hadn’t occurred in the region for more than a decade.

“That turned out to be a big differentiator. And one of the byproducts of that was we had a lot of reinsurers who were not on our panel last year, who all wanted to join the panel this year, just because word of how the company handled itself during Matthew has got around,” said Patel.

Patel explained that when the company started discussing Atlas Viewer with the industry around two years ago, many appreciated it as a nice solution but couldn’t really see the true benefits of such a tool. However, hurricane Matthew changed this perception, and the transparency the technology provided its panel of reinsurers was clearly appreciated and in turn raised the profile of HCI.

Furthermore, that 94% of the claims that came in from Matthew were handled in the firm’s headquarters, also resonated well with agents and policyholders, explained Patel.

“So all of those kinds of intangibles have really seemed to have created a viewpoint in the marketplace that HCI Homeowners Choice is a very professional group that looks after its policyholders in times of need,” added Patel.