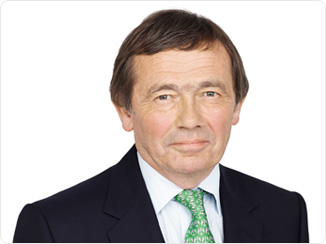 Childs takes over from Paul Jardine, who retired from the Deputy Chairman role earlier this year following nine years of service. Childs will be one of three Deputy Chairmen of Lloyd’s, the body that is responsible for the management and supervision of the Lloyd’s of London insurance and reinsurance market.

New Chairman of Lloyd’s Bruce Carnegie-Brown commented on the appointment; “This is an excellent appointment both for the Council and the market. Rob brings with him vast experience of the sector in London, the United States and Bermuda which means he has a keen understanding of the challenges the market faces, but also of its strengths and what Lloyd’s can do to help it thrive and be successful. I look forward to working with him closely over the coming years.”

Robert Childs added; “I’m delighted with this appointment. I look forward to working with Bruce, and welcome the opportunity to bring my 44 years of industry experience to the Council of Lloyd’s.”

Childs has been with Hiscox since 1986, working as the Active Underwriter of their Lloyd’s Syndicate 33 between 1993 and 2005. He also founded their reinsurance company in Bermuda, Hiscox Re, and was Chairman of Hiscox USA as well.

Childs has served on the Council of Lloyd’s, as the nominated representative of an external member, since 2012.

Fidelis Insurance has announced the creation of a new specialty joint venture with Rob Ashton, former head of specialty at...