“The soft market feels over for now”: RBC Capital Markets

2018 should be the end of the soft market for European re/insurance in catastrophe loss affected lines, with property lines, in particular property direct and facultative re/insurance forecast to see the best price increases in excess of 10%, according to RBC Capital Markets. 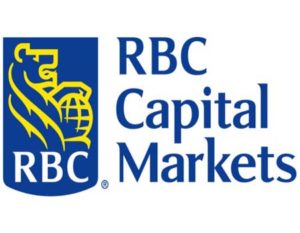 “We expect prices to increase – the soft market feels over for now. Outside of property lines, we expect that prices will also increase in other catastrophe exposed lines of business including most short tail reinsurance plus potentially in energy.

“Elsewhere, we expect to see a flattening out of prices in casualty and would expect that coverage will begin to narrow as soft market terms and conditions widening ends and things begin to tighten up,” said RBC analysts.

Willis Re has predicted that prices could increase by as much as 10-20% in property, catastrophe exposed business, with rates rising to 20-25% for loss affected exposed business lines.

The current loss for the Lloyd’s market from hurricanes Harvey, Irma, and Maria, is estimated at $4.8 billion, which will set the aggregate combined ratio at an underwriting loss above 100%.

However, with nearly half of its premiums coming from the U.S., Lloyd’s is expected to see especially sound price increases for its U.S. focused lines of business.

RBC analysts said “syndicates that are able to both put up sufficient capital to cover their losses plus post capital to cover any prospective growth should be able to take advantage of a rising rate environment in the Lloyd’s market.”

This will be a welcome shift for the Lloyd’s market, which saw several years of worsening performance with the soft market impacting its underwriting margins.

Insurance giant Zurich is making a strong move to strengthen its business in Australia, lining up an acquisition of ANZ’s...