Stephen O’Flynn joins Ariel Re from Tokio Millennium Re

Ariel Re, a member of Argo Group, has named Stephen O’Flynn as its Head of Professional Lines and Casualty Treaty Underwriting, Bermuda, effective June 10th, 2019. 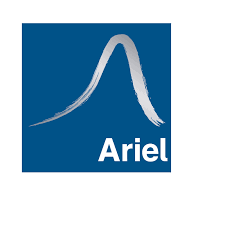 In his new role, O’Flynn will report to Deputy Global Head of Reinsurance at Ariel Re, Matthew Wilken. He will be tasked with establishing, underwriting and expanding the firm’s U.S. professional lines and casualty book of business.

“His extensive knowledge and experience in the professional lines and casualty treaty markets will advance the achievement of Ariel Re’s long-term strategic goals. We are pleased to welcome Stephen to the team.”

O’Flynn joins the firm from Tokio Millennium Re, where he was most recently Executive Vice President, Head of Underwriting in Bermuda. He brings more than two decades of industry experience to the role, and started his career as a casualty facultative underwriter for General Reinsurance Corporation, with subsequent roles at Allied World Reinsurance.