Third-party litigation funding (TPLF) is a multi-billion-dollar industry that drives up insurance costs and remains a hidden secret to most Americans, says a recent Triple-I report. 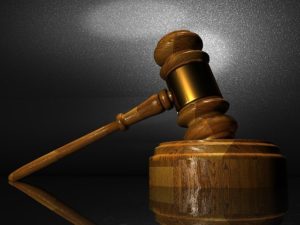 TPLF is an industry that mostly stays under the radar, allowing investors to reap substantial profits from financing lawsuits while hiding in the shadows.

In a report last year, Swiss Re warned that TPLF is a major contributing factor to the trend of social inflation in the US, which is having a knock-on effect on the price and availability of many insurance covers.

Triple-I’s report suggests that investors with no stake in a lawsuit beyond wanting to profit from its outcome can contribute to more drawn-out lawsuits and potentially outsized settlement pay-outs, ultimately increasing insurers’ legal costs.

Courts are left unaware of whether an outside party might be in a position to unduly influence cases.

The secrecy around TPLP endangers insurance affordability for everyone. According to a recent Insurance Research Council (IRC) survey, nearly two-in-five Americans have never heard the term “litigation funding”.

Triple-I CEO, Sean Kevelighan, stated, “It is unconscionable that plaintiffs are able to further exploit the legal system by proactively seeking unassociated third parties to finance their lawsuits, which turns lawsuits into investments at the expense of societal good.”

While the effects of TPLF, like other components of social inflation, remain challenging for insurers to quantify, understanding the risks remains crucial. Disclosure of the involvement of TPLF in a legal claim can go a long way toward fairness, cost mitigation, and value for both sides of the litigation table.