The emerging outbreak of a previously unknown coronavirus in China is still in its early stages and data remains scarce making it challenging to understand how large a threat the virus could be, Swiss Re CEO Christian Mumenthaler explained recently. 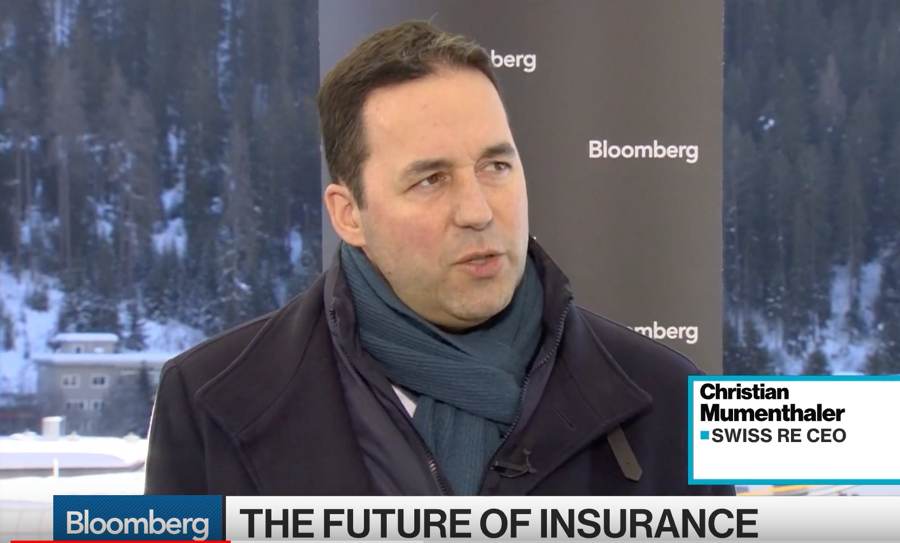 Speaking during an interview with Bloomberg TV at the World Economic Forum (WEF) 2020 annual meeting in Davos, Mumenthaler commented that right now information is lacking on the outbreak.

Information continues to emerge all the time and as of writing the coronavirus has been confirmed in more than 830 cases in China, with 26 deaths recorded in the country, while further cases have been identified in some other countries around the world.

It began in the Chinese city of Wuhan, a population centre of over 11 million people which is now almost under a quarantine. Other cities in Hubei province of 60 million people have also now been locked down, with all travel and transportation shuttered for the moment. Deaths have also been confirmed in Hebei and Heilongjiang provinces.

At the same time the coronavirus has spread internationally, with cases now reported in a number of countries, including most recently Saudi Arabia and Vietnam, as well as Thailand, Macau, Hong Kong, the US, Taiwan, South Korea and Japan.

However, the coronavirus outbreak has not yet been categorised as an international emergency by the World Health Organization as the number of cases overseas remains relatively low, at just 13 confirmed.

Speaking during his interview, Swiss Re CEO Mumenthaler was asked about the virus outbreak and whether it could be a threat to the insurance and reinsurance industry.

“Overall pandemics can be very big risks, such as in 1918 when we had a big Spanish Flu which was devastating. We haven’t seen anything like that since,” he began.

Going on to explain how limited the availability of information is, saying, “We don’t have more information than the WHO (World Health Organisation) right now.”

“Because we know how many people go to hospital and die, but you don’t know all the people that were infected and didn’t die,” Mumenthaler explained.

That’s a key point. At this time the media are reporting that significant numbers (the BBC says in the thousands) are visiting hospitals and health clinics in Wuhan, China with symptoms, but so far the number of confirmed cases remains far below at somewhere over 500.

Until a clearer picture emerges over how virulent this virus is, how easily it can be transmitted, or contained, and what the fatality rate is across all cases discovered, it’s very hard to predict whether it could impact the re/insurance industry or not.

Mumenthaler said, “Over the next days and weeks these parameters will clarify and that will determine whether it’s easier to contain or not.”

For the big insurance and reinsurance firms like Swiss Re it is the pandemic risk and elevated mortality rates that are the main potential threat from such a virus outbreak, although there can also be claims from business interruption and health insurance lines as well.

On the Chinese reinsurance market in particular, Mumenthaler noted that Swiss Re is already number two in the country and the number one foreign reinsurer operating there.

“We’ve been there for decades, supporting big clients and smaller clients,” he said.

Adding, “For us it’s just a very important market, probably the most important high-growth market we have.”