Alleghany Corporation fell to an underwriting loss of $140 million in the third-quarter of 2018, driven in part by the impacts of catastrophe losses on its reinsurance arm, Transatlantic Reinsurance Company (TransRe). 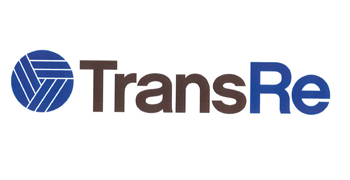 In total, catastrophe losses in the third-quarter cost Alleghany $179.3 million, with more than 81%, or $146.1 million of the losses being assumed by TransRe, while the remaining $33.2 million was assumed by its insurance arm.

As a result of the losses experienced in the third-quarter, TransRe recorded an underwriting loss of $172.4 million for the period, which, although negative is an improvement on the $474.9 million loss recorded in Q3 2017. At the same time, the insurance segment recorded an underwriting profit of $32.4 million in Q3 2018, which was insufficient to offset the loss on the reinsurance side, resulting in an overall underwriting loss for Alleghany of $140 million for the quarter.

A deeper look at the TransRe’s performance reveals, and somewhat unsurprisingly given the nature of Q3 cat events, that the entire underwriting loss was driven by property lines, with the reinsurance casualty line actually recording a small, albeit positive return in the quarter.

While TransRe produced a negative return in the quarter, both gross and net premiums written increased slightly, year-on-year, to $1.12 billion and $985 million, respectively.

Alleghany, in its Q3 2018 earnings release, commented on this growth: “The increase in net premiums written in the third quarter of 2018 was primarily due to TransRe’s purchase during the period of certain renewal rights associated with a block of U.S. treaty reinsurance business focused on regional property and casualty, accident and health and personal auto lines of business (the “Renewal Rights Purchase”), and an increase in premiums written by the Asia-Pacific operations.”

However, increases were mostly offset by lower reinstatement premiums written as a result of significantly lower cat losses in Q3 2018 compared with the same period in 2017, and, the impacts of changes in foreign currency exchange rates alongside increased ceded premiums written due to greater use of retrocessional protection that was purchased in 2018, explained Alleghany.

Despite recording an overall underwriting loss for the third-quarter, for the first nine-months of the year, Alleghany’s underwriting remains profitable, at $87.7 million. Again, this is driven by its primary insurance operations, which recorded underwriting profit of $91.5 million during the period, more than offsetting the $3.8 million year-to-date underwriting loss experienced in TransRe.