Travelers has reported a 41% rise in net income to $873 million for the fourth-quarter of 2019 while its underlying combined ratio weakened slightly to 92.1%, when compared with the same period in 2018. 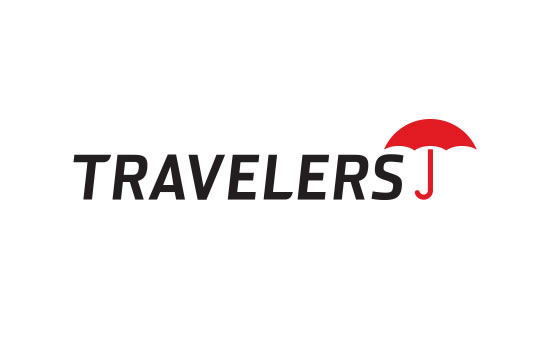 The insurer’s net income jumped significantly in Q4 from the $621 million reported a year earlier, while its core income also improved year-on-year to $867 million, up from $571 million.

The firm attributes the higher core income to significantly lower catastrophe losses in the period, which reached $85 million pre-tax, and adds that this was partially offset by lower net favourable prior year reserve development and a lower underwriting gain, both of which are mostly a result of an increasingly challenging tort environment.

At 92.4%, the firm’s Q4 2019 combined ratio improved by 5.1 percentage points on the fourth-quarter of 2018, helped by a lesser impact from catastrophe events, net of reinsurance, partially offset by less favourable prior year reserve development of $60 million, versus $167 million in Q4 2018.

Excluding the impact of catastrophes and the less favourable prior year reserve development, and Traveler’s underlying combined ratio weakened by one percentage point to 92.1% in Q4 2019.

The same is also true for the full-year 2019, with Travelers reporting an underlying combined ratio of 93.2% versus 92.5% in 2018. While the impact from catastrophe events fell by a significant 3.2 percentage points year-on-year, Travelers has ended 2019 with net unfavourable prior year reserve development, compared with favourable development in 2018.

For the fourth-quarter and including catastrophes and favourable reserve development, Travelers has reported an underwriting gain of $513 million compared with $135 million a year earlier. However, and as noted by Travelers, once the impact of catastrophes and reserve development is removed, the firm’s underlying underwriting gain is actually down year-on-year.

So, while the insurer has improved its net income and posted an improved underwriting again and combined ratio, the underlying metrics tell a different story, and it appears the declines are primarily a result of the challenging tort landscape noted by the firm.

“We are pleased to report fourth quarter core income of $867 million and core return on equity of 14.8%. Our strong earnings and improved combined ratio of 92.4% benefited from lower catastrophe losses and the continued successful execution of our strategy to grow the top line at attractive returns while improving operating leverage.

“Earned premiums increased by 4% over the prior year quarter to a record $7.3 billion. Our expense ratio improved to 29.1%, lowering our full year expense ratio to 29.6%, a significant improvement from recent years. These improvements were partially offset by the impacts of ongoing challenges in the tort environment. Our high-quality investment portfolio continued to perform well, generating net investment income of $525 million after-tax.

“Our results, together with our strong balance sheet, enabled us to return $588 million of excess capital to shareholders this quarter, including $376 million of share repurchases. For the full year, we returned $2.4 billion of excess capital to shareholders, including more than $1.5 billion in share repurchases,” said Alan Schnitzer, Chairman and Chief Executive Officer (CEO).

In recent times, industry commentary has noted rising loss cost trends that are being driven by social inflation, with a key issue here being an increasingly litigious environment.

“In this more challenging tort and low interest rate environment, we generated full year core income in excess of $2.5 billion and core return on equity of 10.9%, demonstrating the strength and resilience of our franchise. We grew full year net written premiums by 5% to a record $29.2 billion and generated cash flow from operations of $5.2 billion, its highest level in more than a decade.

“Our performance enabled us to continue to make significant investments in support of our ambitious innovation agenda, while growing our investment portfolio and returning a substantial amount of capital to our shareholders. With our significant competitive advantages, including the best talent in the industry and deep experience in successfully managing our diversified business through a variety of market conditions, we remain well positioned to continue to deliver superior returns over time,” continued Schnitzer.

Turning to premiums, and Travelers reported a 6% increase in net written premiums to more than $7 billion in Q4 2019 and over $29.1 billion for the full-year. Premium growth was experienced across Business Insurance, Bond & Specialty Insurance, and Personal Insurance in both Q4 and the full-year 2019.

Net investment income fell slightly to $616 million in Q4 2019 and remained relatively flat for the full-year, at $2.5 billion.

Reinsurers Markel Global Reinsurance Company and Renaissance Re Holdings are among a group of companies that have provided backing for...