Typhoon Maria has caused at least US $432 million in economic damages, primarily in the Fujian province of China, after making landfall as a Category 2 storm on July 11, according to Impact Forecasting, Aon’s catastrophe risk modeller. 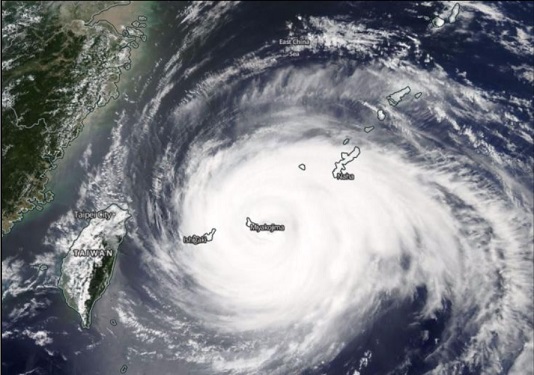 After reaching typhoon status on July 5, Maria tracked across the Western Pacific, bringing heavy rainfall and high winds to Japan’s southern islands and Taiwan before making landfall in eastern China, where it caused widespread inland flooding.

In China, roughly 580,000 people were evacuated as the storm came ashore, which damaged or destroyed over 9,300 houses in the Zheijang and Fujian provinces, affected 37,300 hectares (92,000 acres) of cropland, and left one person dead in the Jiangxi province.

The city of Ningde in Fujian alone suffered a total economic loss of $143 million, of which estimated agricultural losses were $107 million, with 184 businesses forced to suspend production.

In Taiwan, one person was also confirmed dead and another 8 were injured, with 1,000 left in evacuation centres at July 11, according to the Central Emergency Operation of Taiwan.

Almost 60,000 houses also remain without power in Taiwan, although the storm’s overall damage to the region is expected to be minimal.

At its peak, Typhoon Maria reached wind speeds of 260kph (160mph), but it was weakened by land interaction with its outer bands before making its first official landfall in Japan on July 10.

Impact Forecasting stressed that its $432 million figure is a preliminary loss estimate, and is likely to increase significantly as the full extent of the storm’s damage emerges.