U.S. homeowners insurance has remained a growth engine within the otherwise highly saturated U.S. re/insurance markets, with premiums expected to reach $93 billion in 2017, according to Aon’s Homeowner’s ROE Outlook report. 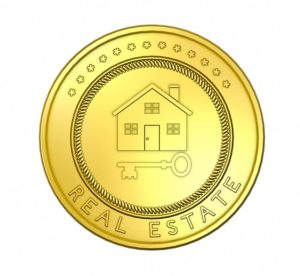 This represents a $2 billion growth in premiums from 2016, and shows rate of market growth has been stable since 2015, despite a decreasing return on equity (RoE) for insurers.

“Given the year-on-year increase in premiums, US homeowners’ insurance can be considered a growth engine within the industry,” said Greg Heerde, Head of Americas Analytics for Aon Benfield.

Florida insurers’ rates grew by 5% during the period, however the report notes that this increase will likely not be significant enough to maintain current RoE levels as the state’s carriers face growing costs from benefits and claims adjustments.

Heerde commented that at this point it’s difficult to say “whether insurers’ approved rate increases will be sufficient to match their loss and expense inflationary pressures of the future.”

Challenges to the RoE projections include a slowdown in insurers’ rate increases against a backdrop of loss and expense inflation, and an increased A.M. Best capital charge resulting from insurers’ premium and exposure growth, which is currently being offset by reduced reinsurance costs.

For reinsurers, rating agency Standard & Poor’s (S&P) recently said third-quarter 2017 catastrophe losses are likely to erode the sector’s earnings and become a capital event for the space, resulting in rate increases of up to 5% at 1/1.

The series of powerful hurricanes that struck the U.S. East Coast in Q3 are expected to lead to price increases in Florida and other areas that have been heavily impacted with high insured loss levels, potentially leading to rate increases not just amongst U.S. homeowner insurers, but for reinsurers across multiple lines of business.

And although Q3 losses will be a capital event for some firms, with the abundance of excess capital floating in the global market competing to fill any increase in demand, the 2017 losses are not expected to be significant enough to have a material, long-lasting impact on global reinsurance rates.

International financial services ratings agency, A.M. Best, has praised the signing of the covered agreement between the U.S. and Europe...