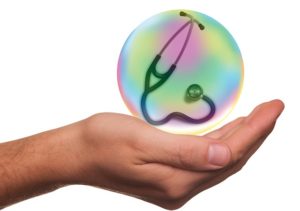 After demonstrating resilience in the face of a low-interest rate environment, life insurers are expected to see revenue and capital improvement supported by a gradual rise in interest rates for the next 12-18 months.

“U.S. life insurers have adapted to the low rate environment through adjustments to product design and new business strategies, and are likely to continue developing and pursuing these strategies over the outlook period,” Manoj Jethani, a Moody’s Vice President said.

“The insurance industry is heading towards deregulation as recent actions suggest the current administration’s focus on scaling back regulation,” Jethani said; “this trend has mixed results for life insurers, with the credit impact heavily dependent on implementation details.”

However, further equity gains for publicly traded companies are expected to be moderated by shareholder pressure.

After the 2008 financial crisis, systematically important financial institutions became the target of legislation and regulatory reform by the Obama Administration, due to issues concerning their consolidated supervision and regulation.

The Trump Administration has proposed to overhaul many of the post-2008 regulatory reforms.

A source told Reuters that The Financial Stability Board (FSB), which coordinates financial regulation across the Group of 20 Economies (G20), will shift its approach in how it designates globally systemically important insurers – or GSIIs, following pressure from the U.S. Treasury Department, which has been pushing the FSB to ease up on insurers and asset managers.

Moody’s Investors Service said the removal of the systemically important financial institution designation is a negative development for the industry.

However, Moody’s analysts believe this could be offset by “efforts of other regulators, including state and international, to coordinate evaluation of insurance groups on a holistic basis and could benefit the insurance industry.”

“On the other hand, a delay in the full implementation of the Department of Labor (DOL) fiduciary ruling is credit positive since the “best interest contract” exemption exposes an advisor’s “financial institution” to significant litigation risk – which is a distributors’ single largest concern with the DOL rule.

“The uncertainty created by the DOL has resulted in some pressure on affected products, such as variable annuities and fixed indexed annuities.”

Key for life insurers success in the near-term future, Moody’s said, is their ability to connect relevant products faster and more digitally to their distributors and customers.