New research from Gallagher suggests that UK councils are suffering a collective 10,000 cyber-attacks each day. 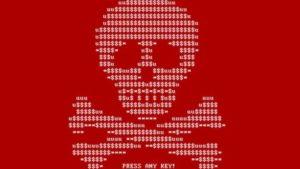 The research, originating from a FOIA request from the firm, found that 2.3m attacks had been reported by 161 local authorities. However, Gallagher maintains that the actual number is much higher. It said that scaling up these figures accordingly to reflect response rates, the true number of attacks across all councils is estimated to be more than 11m.

Phishing attacks are by far the biggest cyber threat to councils, with three-quarters (75%) stating that it was the most common type of attack that had been attempted against them. Distributed denial-of-service (DDoS) attacks, which attempts to disrupt web traffic or services by overwhelming servers, were the second most common attempt type – ranking as the top threat this year for 6% of councils.

As a result of this growing risk, in the last 12 months around half of councils (52%) have needed to employ an external expert to give them advice on how to mitigate the risk of cyber-attacks. Gallagher also said that 85% of councils have increased their cyber security. Meanwhile, it said that only 23% of councils have an insurance policy for this type of risk.

He added: “It is positive to see that councils are recognising this threat, and looking to employ external experts to help prevent cyber-attacks – risk management and putting in the right security is absolutely key and external experts are best placed to advise what the most up to measures are.”

The UK has not been a hotbed for cyber in recent months. In May, we reported that Aon’s Q1 Market Dynamics Outlook: the United Kingdom found that the cyber market, alongside property, remained ‘challenged’.

As we wrote then, Aon said: “Underwriting remained time-consuming and demanding; while rate increases and capacity reductions continued. Current cyber market conditions are expected to continue and may be further challenged depending on the impacts from the geopolitical events in Eastern Europe.”