UN Secretary-General António Guterres has asserted that the re/insurance industry has a “key role to play” in promoting the transformations needed to protect the world from climate change. 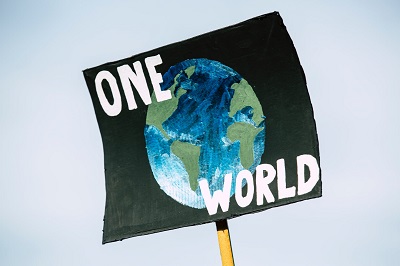 Speaking at an Insurance Development Forum (IDF) event today, Guterres said re/insurers must take “decisive action now” to help mitigate the impacts of rising global temperatures for the most vulnerable people and countries.

“We are in a race against time to adapt to a rapidly changing climate,” Guterres said in a closing statement to the IDF event.

As part of their efforts, the UN chief called on re/insurers to align portfolios and investments with net zero by 2050, and to “follow suit” with the G7 commitment to end all public international support for coal by the end of this year.

“We have to align global finance behind the Paris Agreement, the world’s blueprint for climate action,” Guterres said

“Your investments should not be contributing to climate pollution but should be directed towards climate solutions. Invest in renewables, low- and zero-carbon transport and climate resilient infrastructure.”

The Secretary-General also encouraged re/insurers to join collective efforts such as the Net Zero Asset Owner Alliance, which has attracted nearly 20 large insurance firms since convening in 2019.

But in addition to mitigation efforts, Guterres emphasised the need for adaptation, including through the use of more and better catastrophe-triggered instruments, easier access to flexible finance and increased support for regional adaptation and financing.

He pointed to the example of Vision 2025 commitment of the InsuResilience Global Partnership, which has been endorsed by the IDF and which targets protection from climate and disaster risk for 500 million vulnerable people by 2025.

“I am pleased to see this forum at the forefront,” Guterres acknowledged, but added: “Now we need to do more, and faster. Climate and disaster risks keep rising.”

Furthermore, developing countries will be expected to better understand and manage risk and develop their own insurance markets, including for small businesses and individuals.

“People in the least developed countries are, on average, six times more likely to be injured, lose their homes, be displaced, evacuated or require emergency assistance than those in high-income countries,” Guterres noted.

“Making insurance markets more inclusive in terms of countries, businesses and individuals is a core strategy for building safety nets.”

He also urged the development community to advocate for better integration of risk finance and insurance into country development planning and financing.

Donor countries should support this work by recognizing the value of investments in governance, market transformation and premium support, especially for the most vulnerable countries, Guterres concluded.