Analysts at Goldman Sachs expect underwriters to hold more risk on their own balance sheets going forward, rather than assuming the large increases to reinsurance and retrocession coverage that materialised at the recent January renewals. 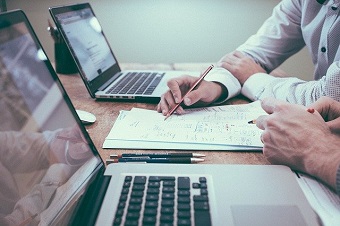 Reflecting on trends coming out of 1/1, Goldman Sachs believes that reinsurance is entering a truly hard market, with price increases across literally all lines and regions.

Through the rest of 2023, Goldman Sachs expects to see a combination of significant increases to reinsurance pricing and increases in attachment point and retentions, along with tighter terms and conditions and specific perils for coverage.

These changes to pricing and terms have the potential to pressure both commercial and primary insurance with larger reinsurance placements, it warned, and could weigh on current underwriting capacity, with underwriters more likely to retain risk.

Property cat was arguably the most hardened line at Jan 1, with rates rising by 37% on a global basis and 50% in the US, according to data from Howden.

Retrocession cover for cat risks was also up by 50%, which could be a risk for reinsurers that rely heavily on this kind of coverage, as it means they would either have to pay higher costs or reduce their retro protection.

Goldman Sachs believes that Hannover Re, Munich Re, Beazley and Hiscox are among the best-placed companies to benefit from current market conditions.

However, it notes that Hannover Re is heavily reliant on retro cover and has had to quit some protection and hence lower retaining more risks.

Yet despite the lower retro protection, the reinsurer delivered resilient earnings year to date, even with Hurricane Ian losses, and analysts believe Hannover Re’s earnings will remain resilient going forward.