US insurers face multi-billion-dollar payout over May storms: Aon

Re/insurance broker Aon has reported that US re/insurers will likely face a multi-billion-dollar payout over a series of convective storms in May that resulted in extensive hail, tornado, wind and flood damage. 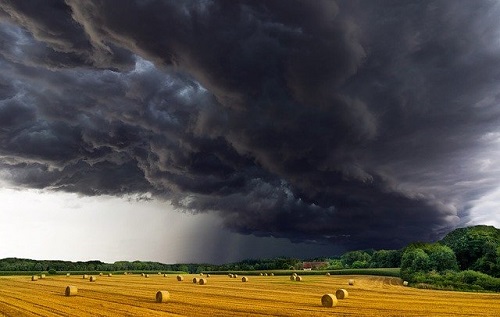 Of note was a severe storm that swept across the Plains, Lower and Middle Mississippi Valley, Southeast and Mid-Atlantic sections of the country from May 3rd to 5th.

Total combined economic losses are anticipated to exceed $850 million, with most of the hail and wind-related damage being insured.

Additionally, widespread severe weather from May 6th to 11th caused parts of the Plains, Middle and Lower Mississippi Valley and Southeast to be impacted by large hail, damaging straight-line winds, tornadoes and flooding, with total economic losses estimated at up to $350 million.

And on May 17th, flash flood emergencies were issued for localities in southeastern Texas and southern Louisiana, while at the same time daily severe storms generated damaging hail, strong straight-line winds and brief tornadoes.

Aon reports that total economic losses from the severe weather and flooding on this day were estimated at $1.1 billion, with a large portion of the flood-related damage in Louisiana likely to be uninsured.

Elsewhere, India was hit by two tropical cyclones during May, namely Tauktae and Yaas, which made landfall on May 17th and 26th, respectively.

Tauktae impacted the state of Gujarat resulted in at least 198 fatalities in India and Sri Lanka, and an estimated economic cost of $1.5 billion.

Yaas was a Category 1 equivalent storm and resulted in significant impacts in the states of Odisha and West Bengal, with 325,000 homes damaged or destroyed and economic losses in West Bengal alone estimated at INR200 billion ($2.7 billion).

“Natural catastrophes continued to bring notable impacts to areas around the world in May, which is often the start of a transition towards tropical cyclone season in the Northern Hemisphere,” said Michal Lörinc, Senior Catastrophe Analyst for Aon’s Impact Forecasting team.

“While most focus is on the Atlantic Ocean, the most activity last month was found in the North Indian Ocean as two cyclones struck the east and west coasts of India in a matter of days,” Lörinc continued.

“Proper planning and evacuations helped minimize the level of casualties, which once again highlights the importance of early warning systems. Such warnings also offer an opportunity to collaborate with the private sector to use tools that help further identify highly vulnerable locations.”

Further natural hazard events in May included heavy rainfall associated with remnant influence from La Niña that brought continued flooding along tributaries of the Amazon River in the Brazilian state of Amazonas throughout May. The flooding impacted thousands of structures and inundated vast expanses of agricultural land.

A prolonged stretch of rainfall in mid-May affected multiple countries in Central Europe, with aggregated economic losses were expected in the tens of millions of euros.

Activist investor CIAM has expressed cynicism over the recent settlement agreement between SCOR and Covéa, who have elected to renew...