WeSure, the insurance platform launched by Chinese multinational conglomerate Tencent in 2017, has announced that it now has a user base of more than 55 million, and has insured over 25 million users. 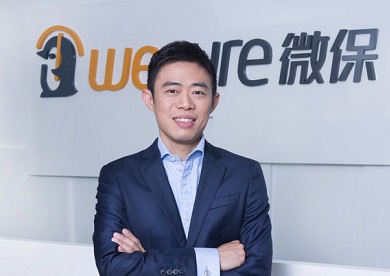 The platform, which forms part of the popular WeChat messaging application in China, also has an average premium per person of more than 1,000 yuan (USD 142) and a 40% renewal rate.

“Our approach is rooted from Tencent’s core value of Tech for Social Good,” he explained. “WeSure’s vision is to become the reliable insurance platform for hundreds of millions of families in China, providing reliable insurance coverage throughout the different stages of their lives.”

WeSure is focused on delivering affordable insurance schemes, and has become the first company to launch an Anti-Cancer Specialty Drug Protection Plan in China, called Yaoshenbao, in partnership with the insurance, healthcare and financial sectors.

In addition, WeSure has partnered with WeChat Pay and PICC to launch dozens of insurance plans for the country’s tens of millions of small merchants who are linked up to WeChat Pay.

WeSure has also expanded its coverage to include scenarios such as Tencent Mobile Top Up, Medical Payment and Bus Barcode.

The platform is now accessed by 400 million monthly service users, and it plans to expand the concept of insurance into more WeChat scenarios, including electronic toll collection (ETC) and Tencent Health.

Last year, WeSure announced that it had partnered with 20 global insurance and re/insurance companies in a push to expand its line of products.